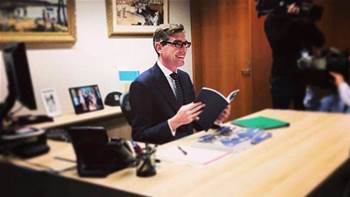 The New South Wales Government has broken-up its massive transactional banking contract held for years by local incumbent Westpac to include Melbourne-headquartered ANZ, as well as hiving off card payments to Citibank as it seeks to digitise its swollen coffers.

The much anticipated deal will set off a raft of consolidation and automation across the state’s bureaucracy, as the central agency seeks to extract greater functionality and efficiency from its financial services providers.

ANZ’s new contact, which has a very heavy digital skew, is for an initial three years with an extension clause for another three years. Bids for the deal were called a little over a year ago.

But the move to select ANZ will send shockwaves through Sydney’s banking scene with Westpac’s arch rival Commonwealth Bank of Australia apparently missing out on the plum deal despite heavily promoting its digital first mover advantage.

Both the CBA and Westpac are in the process of changing chief information officers, a tactical disadvantage to winning new institutional business.

On the synergistic side, ANZ shares a broadly similar core banking system with Westpac in the form of Hogan – not that either have been the fastest movers on the New Payments Platform. Or extolled its functionality of late.

Still, ANZ wasted no time loudly trumpeting its win as a strong vote of confidence in its heavily publicised agile business model revamp, hauling out digital banking chief Maile Carnegie to talk-up the banks addition of NSW to its client book.

“Like banks, governments are facing changing expectations from their citizens and need to respond in a way that’s intuitive, flexible and innovative.

“In response, ANZ and the New South Wales state government have struck a partnership which will see the bank provide services across cash management, payments, merchant acquiring and cross-border banking from April 2019,” Carnegie said.

The selection of ANZ as concurrent competitor to Westpac is intended to put the heat on both banks to quickly modernise not only transactions and payments but help transfer agile culture to public sector agencies in NSW around public and business interactions.

Having recently touted its big deal to buy into Atlassian’s agile cultural model by the bank announcing a vendor rather than vice versa, ANZ is also seeking to trade-off its links into the tech industry.

However whether that will see the institution become a value added reseller remains an pen question.

Carnegie said that ANZ “knows the future of the bank depends on deeper partnerships with fintechs, tech companies, other industries and governments - partnerships where the complementary skills of different participants can deliver a step change in joint value creation.

“When working with government, ANZ can bring deep experience in digital banking, an understanding of financial ecosystems, expertise in transformations and recognition of the value of relationships.”

Carnegie argues the new deal is as much about the customer delivery culture as the end product.

“Historically major corporations designed products and then tried to convince customers they needed them. That’s completely back-to-front: we should understand what customers need and design around them,” Carnegie said.

“That too is the ideal for governments with their citizens.”

“Governments have very complex relationships with their citizens. From a banking perspective there is cash management, commercial cards, trade finance, merchant acquiring and foreign exchange, just for a start,” she continued.

ANZ will have a bit of breathing room to gauge NSW citizen expectations, with the bank’s new contract kicking off in April after the state election in March.