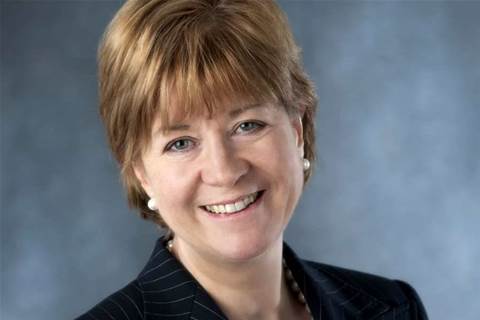 ANZ chief information officer Anne Weatherston is hoping the bank’s new mobile platform will help it to “leapfrog not copy” its major competitors.

Recently returned from a trip escorting the ANZ board to Silicon Valley, Weatherston today told an FST Media event the new platform was “months away”.

She added that ANZ’s transaction banking capability in Asia was also helping it differentiate from competitors.

In a speech discussing how banks can compete in a digital world, Weatherston made the case that the bank needed to “delight and excite” its customers.

“Banks will need to operate much more like an Amazon,” she said.

“There can be no distinction between assisted and unassisted channels. Indeed in the future there will be no channels, there will simply be customer touchpoints.”

ANZ is part way through a $1.5 billion IT transformation program.

Weatherston said the bank’s business platforms and systems were designed for a very different bank, not one that operated in 32 countries.

“So our challenge therefore has been to create a new bank in the last five years, and also to build up the technology where there has previously been none.”

Weatherston said the bank was progressing well with its BYOD program, which included a collaboration platform that was critical to ANZ’s super regional strategy. She said the bank’s private cloud deployment was also well advanced.

“This is allowing us to add scale quickly and absorb cost.”

During the visit to Silicon Valley, Weatherston and the board met with a delegation from US bank USAA, which has 9.6 million customers and only one branch.

USAA assistant vice president Eric Smith told the conference more than 50 percent of customer interactions it had were now through mobile devices.

“It’s something we hadn’t planned on seeing until probably 2015,” Smith said.

USAA has launched a virtual assistant called Nina that allows customers to ask their phone for transaction information.

“We thought what if we bought the speech capabilities of IVR to the mobile device?”

Smith said the bank took some of the applications that often get buried because of the number of screens involved and put voice capability on top of it.

For example, he said, customers can ask: How much money did I spend on petrol last month?

“Nina also has the ability to actually do transactions for you.

“You can say things like: Nina, I want to pay my MasterCard bill on Friday for $300 out of my private chequing account.”