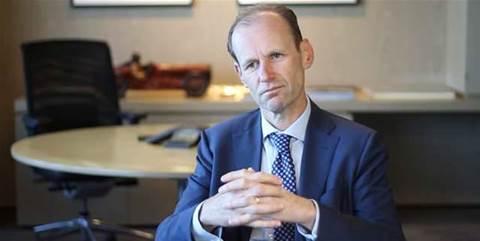 When it comes to making lending decisions for everyday Australians, it’s good to know a fair bit… but perhaps not everything.

Especially when big data might not be good data for those looking for a loan for a car, kitchen or house.

Just to recap, here’s what – in an all too rare display of banking candour – Elliot said.

“My point about risk-based pricing is yes… we do have a one size fits all approach industry today,” Elliot said referencing the established system of negative credit reporting that knocks out applicants based on defaults or arrears data.

“And in the future, partly because of the cost of data and your ability to do the work, and partly because returns are just fundamentally lower today in home loans than they used to be…therefore there is real value in picking and choosing which loans you want to do.

“We're going to see more risk-based pricing and what does that mean? It means that low risk customers and wealthier people – people with great track records, will probably get a real rate benefit and be highly sought after.

“And maybe there will be parts of the community that are probably riskier that are going to find it harder and more expensive to get loans and there'll be a social impact of that. Absolutely.”

Or, to put it more plainly, credit will be harder to get; and banks will make more money from it.

If you’re not familiar with risk-based pricing, which is fuelled by positive or comprehensive credit reporting, it essentially works like this:

Rather than lenders (primarily banks but also other funding providers too) taking a punt on you not missing your repayments or not paying bills that generate negative scoring flags, your total payment history (good and bad) data is used to create an overall score to augment machine powered scoring.

And the higher your income, earnings and asset base the more desirable you become because lenders know you’re more likely to be good for the money when push comes to shove.

Which is fantastic if you’re buying a new Lexus on finance, earn $250k a year and had a fight with your gym or mobile provider over skanky inertial billing stings, where they just charged you even after you cut direct debit or automatic credit card payments for a good reason.

Elliot’s point is it’s much less fantastic if you wait until a final notice or debt collector threat to pay your gas bill, or juggle payments month to month or week to week. Because you’ll cop a higher interest rate to compensate for your overall risk, rather than a raw risk of default.

And when open banking hits next year, well, we’ll all be wearing a whole lot less to cover up our little memory lapses on bill payments and no one will forget anything anymore.

As Elliott points out, those with the best data win.

Which is not to say ANZ has a problem with that. Elliot wasn’t rejecting open banking or positive credit reporting as a negative for ANZ or the banks. It’s just not the great social leveller credit card and unsecured lending lobbyists have been talking up to politician who will listen.

“We from the beginning have been a big supporter of open banking, I'm going back to the first House of Reps appearances. We still are. We see real opportunity for ANZ in that. But I think we have to be a bit cautious to expect to huge change in the short term,” Elliott said.

Got debt? Hang onto it, because the price just went up.