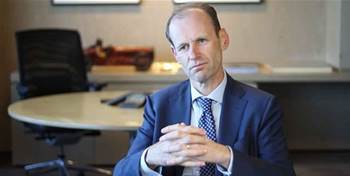 ANZ Bank has created a new executive role to lead the group's digital efforts, and will give its new hire a seat at the top executive table with CEO Shayne Elliott.

Elliott, who has been in the role for just a month, today announced a sweep of changes to his management team, including the creation of the new group executive of digital banking role.

An appointment is expected before the end of February.

The new digital executive role will bring the bank's disparate digital efforts under one umbrella. ANZ digital managers including Peter Dalton and Pam Rebecca will report into the new hire.

Elliott called digital "the future" of the banking industry, and said it was crucial for ANZ to get the executive appointment right.

The the successful candidate will take control of the bank's digital customer solutions, including its long-awaited mobile wallet, which is expected to launch early this year. ANZ spends around $1.2 billion each year on technology initiatives.