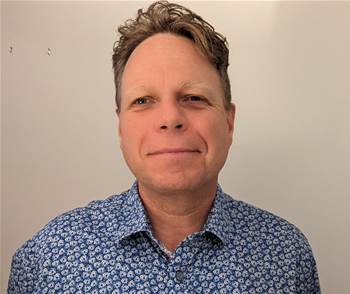 Chief architect takes on the role.

Reporting to group executive of technology Gerard Florian, Hogarth will now manage the bank’s technology investments and strategies for continued growth, while retaining his architecture duties.

Florian said he was “pleased” to have Hogarth in the new role, “to reflect the importance of technology leadership within my team and across ANZ more broadly.”

“In recent years Tim has helped us make great progress in further strengthening our architecture objectives and driving ongoing improvements in our engineering standards,” he said.

“This track record and Tim’s reputation for being thoughtful, engaging and enthusiastic about all aspects of technology make him a great fit for this new role.”

ANZ revived the CTO position after the role was dispensed with in 2016. Former CTO Patrick Maes held the role between August 2010 and August 2016.

While Hogarth’s role will included elements from the previous CTO title, overall the position has been expanded and evolved to meet new technology demands.

As chief architect, Hogarth spent a year-and-a-half leading ANZ's Centre of Excellence for architecture and engineering, which focuses on maintaining applications and engineering standards.

Prior to his time at ANZ, Hogarth was the vice president for innovation framework strategies at TD Bank based in Canada.

He also worked for the Commonwealth Bank in a variety of role for ten years, including head of customer engagement architecture and application platforms.