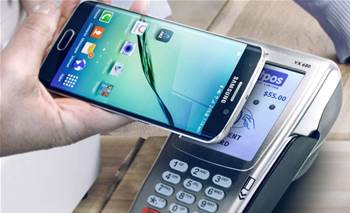 ANZ Bank will allow customers that report their debit or credit card as missing to continue making purchases via their smartphone while awaiting a replacement card.

The bank today unveiled revised processes for lost or stolen cards whereby it will “automatically” update a customer’s digital wallet with “new virtual card details” while they wait for a new card to be mailed out.

Depending on how the physical card went missing, ANZ said it may also allow customers to keep their existing PIN. Currently, when new cards are issued, a new PIN is typically mailed out separately.

ANZ’s managing director for products in Australia, Katherine Bray, said in a statement that customers reported around 670,000 cards as lost or stolen each year.

“For many customers their smartphone is now the primary way they do their banking, including making purchases,” Bray said.

“Now our customers can keep using their digital wallet, whether it’s Apple Pay or Android Pay, to make purchases while they wait for the new physical card to arrive in the mail.”

ANZ Bank said that about 8.3 million transactions were made across its digital wallets in 2016.

ANZ was the first major Australian bank to jump aboard both Apple Pay and Android Pay. It also has its own digital wallet service called goMoney.

Its ‘big four’ rivals spent much of last year trying unsuccessfully to force Apple to open its iPhones to run their respective, internally-developed digital wallet services.