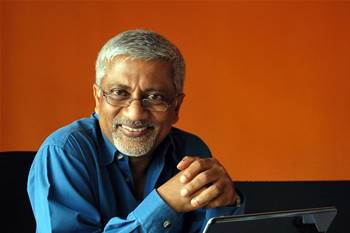 Proposals to radically alter the structure of today's internet peering exchanges could harm networks in Africa and developing countries, an analyst claimed.

The chief executive of ICT think tank LIRNEasia, Rohan Samarajiva, wrote in South African publication Business Day Live that the principles, to be discussed at the World Conference on International Telecommunications in December, would risk the impetus the internet has had to date on generating economic growth in Africa.

Samarajiva, also the former director-general of telecommunications in Sri Lanka, said light-handed regulation and collaborative environment had made it possible for users in poor and remote countries to have access to attractive internet content for the cost of connectivity (pdf).

But that would be threatened by the proposal from 41 large European telcos fundamentally change internet infrastructure, he said.

The proposals, pushed by industry body ETNO, would end the modern practice of settlement-free peering of internet traffic between ISPs and countries in favour of a 'sending party network pays' principle.

It would mean content providers such as YouTube would pay for the traffic they send to telco and ISPs' networks.

The proposal has been the centre of significant criticism over claims it was simply an attempt to return to payment structures under traditional circuit-switched telephone neworks.

But Samarajiva argued the proposal would create a new digital divide between countries and industries.

He said the proposals could threaten the future of social entrepreneur content providers such as the non-profit Khan Academy, which provides free educational videos, as their hosting providers are forced to pay hundreds of other networks all over the world for traffic requested by their users.

"In some cases, users in entire networks and countries would be excluded," Samarajiva said.

ETNO claimed the proposals would improve the quality of service and ensure a fairer allocation of network infrastructure capital investment.

But its proposals have been criticised (pdf) also by the Internet Society as risking "the diversity and competition of the communications sevices marketplace that gave rise to the commercial Internet in the first place".

"There is no detailed, objective economic analysis of the sending-party-network-pays settlement proposal that indicates it will have a beneficial effect on the economic value of the internet," the society argued.

The EU telco organisation's proposals have come under fire from vendors too. In a strongly worded post on Forbes, Cisco's vice president for global technology policy, Robert Pepper, warned the proposals were "well-intentioned" but "fatally flawed".

Pepper said the internet's growth — reaching 2.3 billion users — had occured outside of traditional regulation to date, which should not be risked.

"The Internet has become the key innovation engine of the 21st century," Pepper said.

"Changing the regulatory and business model of the Internet now with an outdated legacy telecom model would limit the Internet's expansion and diminish the potential for further innovation.

"This would be an enormous mistake."