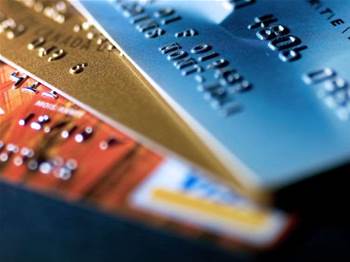 MasterCard, Visa and PayPal all hit by attacks from notorious hacking group.

Attacks on three of the biggest online payment systems are threatening to disrupt online shopping at the busiest time of the year.

Visa, MasterCard and PayPal have come under attack from the hacker group Anonymous, which has targeted the companies in retaliation for withdrawing their support for Wikileaks donations.

Vendors complained yesterday that MasterCard's SecureCode system was down, affecting both MasterCard and Maestro transactions. The company insists that no customer data has been compromised.

Meanwhile, Visa's website has subsequently been downed be a denial of service attack, while it's secondary payment authorisation system "Verified by Visa" is also reported to be out of action, affecting some online purchases. Retailers around the world are complaining of problems with processing payments on both systems, such as this wine store.

The website of online payment service PayPal was also down at the time of publication. "These attacks are surprisingly effective," commented F-Secure's chief research officer Mikko Hypponen on his Twitter account.

The attacks look likely to continue, with a front man for Anonymous saying the campaign was gathering momentum. “The campaign is not over, it is still going strong,” an activist going by the name of Coldblood told Radio 4's Today programme. “More people are joining and helping out. More people are downloading the voluntary botnet tool.”

A member of the Anonymous clan, which is linked to the notorious 4Chan messageboards, told The Guardian that the attacks are protest against censorship.

"We're against corporations and government interfering on the internet," the Anonymous member said. "We believe it should be open and free for everyone. Governments shouldn't try to censor because they don't agree with it.

"Anonymous is supporting Wikileaks not because we agree or disagree with the data that is being sent out, but we disagree with any from of censorship on the internet. If we let Wikileaks fall without a fight then governments will think they can just take down any sites they wish or disagree with."

Got a news tip for our journalists? Share it with us anonymously here.
Copyright © Alphr, Dennis Publishing
Tags:
anonymousattackschristmasmastercardprotestsecurityvisawikileaks