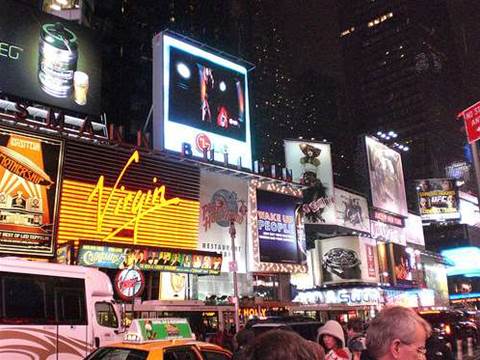 Too much 'madware', Symantec says.

In the first half of the year, 23.8 percent of all free Google Play apps were plagued with ads that could potentially become a privacy concern for users, Symantec says.

The report explained the different classes of ad libraries, which have the ability to collect information about app users for advertisers.

The madware apps contained the most concerning ad libraries, which leaked private data, like phone numbers or user account information, or exhibited behaviors that were considered a major annoyance, like displaying ads in device notification bars.

Some madware even caused apps to play voice ads when users made phone calls, the report revealed.

“When you think about it, if I want to double my money [as an app developer], I could sell more apps or I could double the number of ads that show in my application,” Haley said. “[Now], there is a class of app developers that have decided they are going to make money by making users' experience worse and I think we are all going to suffer from that.”

Haley also added that the mobile ads that become a nuisance are usually hard to remove.

“This is pumping those ads into your phone, and if you don't want those adds, you have no idea what application is doing this,” he said.

Got a news tip for our journalists? Share it with us anonymously here.
Copyright © SC Magazine, US edition
Tags:
google play malware security