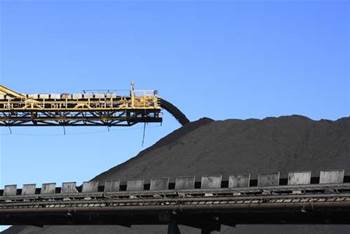 Coal miner Anglo American has broken up a large global ICT outsourcing arrangement with HP and BT, renewing the network portion for a further five years.

The company, which is Australia's fourth biggest coal producer, outsourced the management of voice services, data centres and desktop environment worldwide to an alliance of HP and BT in 2007.

The original $US450 million ($A435 million) outsourcing agreement aimed to create a globally integrated and consolidated IT infrastructure that would underpin a shared services strategy.

About 90 Anglo IT employees moved to HP as part of the 2007 agreement. An additional 10 went to BT.

The 2007 agreement came with a two-year extension option for the agreement, but Anglo American decided to split the work into IT and network components upon renewal.

Last week, BT said it had re-secured the network component for a further five years. The deal is worth approximately $US220 million ($A213 million).

It was unclear if Anglo American had renewed the HP portion, although a number of HP staff appear to be working with the miner, including a British chief technology officer who began working on the Anglo American account in December.

Australian and global spokespeople for the miner did not return iTnews' calls or emails. HP Australia has also been contacted for comment.

BT Australasia managing director Paul Migliorini told iTnews that BT's renewal covered "the original scope of services plus a whole series of incremental services" not in the alliance agreement.

Migliorini said that Anglo's business had grown "dramatically" since the first outsourcing agreement in 2007, altering the way it sought to use communications to drive business benefits.

"What we're seeing is an extension both in terms of scope of services but also a transition in terms of the sophistication of services we're providing to facilitate Anglo's core strategic goals," he said.

The renewal did not go to tender but was re-negotiated using the existing relationship.

"We entered into negotiations on contract extension and renewal as well as the additional scoped items in an exclusive context," Migliorini said.

The BT contract covers global internet access across 15 countries with a remote access system for mobile workers and those working at remote mine sites.

BT will supply its Connect Applications service at 65 locations to optimise traffic running across the network.

It also intends to "pool" all of Anglo American's voice services onto a unified communications platform called One Voice, and provide conferencing and telepresence systems.

Migliorini said the HP-BT alliance was still "very strong", despite Anglo American choosing not to negotiate a joint renewal with the alliance vendors.

According to BT, about 40 customers globally had services delivered by the alliance, at a value in excess of US$2.5 billion.

Anglo has Queensland mining operations at Moranbah North, Callide, Capcoal, Foxleigh and Dawson, as well as a NSW mine at Drayton in the upper Hunter Valley, north of Sydney.

It exports about 26 million tonnes of coal globally each year to steelmakers and energy firms.

One of Anglo's four outsourced data centres under the 2007 agreement is a HP facility in Australia.

The initial 2007 agreement incorporated a two-year ICT transformation project. The alliance partners managed to knock over network and data centre transformation in 18 months - but said in a case study that other parts of the project took three years.

Anglo's group head of IM strategy and assurance, Craig Charlton, noted in the study that the overruns were caused by "underestimation[s] of the complexity and diversity" of the miner's environment.

The study noted that "more thorough pre‐contract due diligence" would have helped, although the project did receive a boost when HP bought services giant EDS in 2008.

"The acquisition of EDS brought new management skills to the alliance, which quickly fed through into our project," Charlton said.