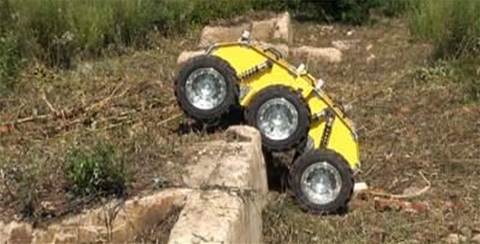 Engineers from Anglo American's technology development group will team with researchers to create and test the robot systems in the mine giant's operations.

"The immediate applications include robotic mining machinery, mine mapping and automated inspections," the university noted.

"Automating the most difficult, costly and dangerous mining jobs will improve safety and increase the productivity and efficiency of Anglo American's operations.

"Advances in robotics will allow the mining of hard-to-reach ore deposits that cannot be economically extracted under existing methods and mine layouts."

Senior systems scientist at the University's National Robotics Engineering Centre, Dimi Apostolopoulos, said works were aimed at getting "production robots in place as soon as possible".

Existing technologies produced by the centre were to be put to work in Anglo American's operations.

An Anglo American spokesman indicated that the firm's platinum mining operations in South Africa and Zimbabwe were prime targets for robotics.

The firm is in the midst of a significant restructure of its platinum business that will result in about 14,000 job losses.

Anglo American has operations in Queensland and NSW.