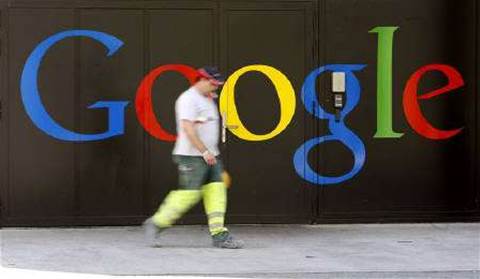 Google's Android mobile operating system dethroned Nokia's Symbian as the global leader in smartphone software during the last quarter of 2010, ending a reign that began with the birth of the industry a decade ago.

The numbers also highlight Google's success in battling Apple, whose shipments of its popular iPhone increased to 16.2 million from 8.7 million in the fourth quarter of 2009, when it almost doubled Android's 4.7 million shipments.

Unlike Apple or Nokia, Google does not make its own phone hardware, but instead offers its Android operating system free to other phone makers who can adapt it to suit their devices.

As a result, Android has become the standard software for many phone makers. U.S. phone maker Motorola Mobility has even managed to stage a comeback of sorts by focusing solely on Android after years of heavy market share losses.

Aside from smartphones, Google also gained on Apple in tablet computers, where its market share rose to 22 percent in the fourth quarter, while Apple's share fell to 75 percent from 95 percent, according to Strategy Analytics.

In fact, only Nokia, Apple and Research In Motion have so far resisted using Android software.

Google said in October that mobile revenue, which includes mobile advertising, reached an annual run rate of US$1 billion. While this is tiny compared with the US$26.85 billion total net revenue analysts expect this year -- mostly generated from Web search related ads -- Google has made no secret of the fact it sees mobile playing a central role in its future.

Outgoing Chief Executive Eric Schmidt recently wrote in the Harvard Business Review that all of Google's strategic initiatives for 2011 revolve around mobile.

In particular, Google has moved to take on Apple in mobile applications, an area in which the iPhone maker has prevailed.

A big part of Apple's success in selling iPhone is its ability to attract hundreds of thousands of third-party software developers to create apps for everything from weather forecasts to weight-loss.

Meanwhile, the Symbian system has suffered from the troubles of its owner and main user, Nokia, which now barely has a presence in the United States.

When Android arrived in the third quarter of 2008, Symbian's share of the global smartphone market was close to 50 percent. While Google's share has increased to 33 percent, Nokia's has fallen to less than 31 percent.

As a result some experts said this may mean Nokia will announce plans to introduce smartphone models using Android.

Last week, Nokia warned of a grim start to 2011 after rivals ate into even more of its smartphone market share, highlighting the scale of the task its new boss has to turnaround the business.

Stephen Elop, a former executive for Microsoft who took over as Nokia chief executive in September, will unveil his plan to revamp Nokia's strategy on February 11.

Elop said last week he wanted to reopen markets such as the United States, where Nokia has lost out badly, and flagged a possible change in software strategy.