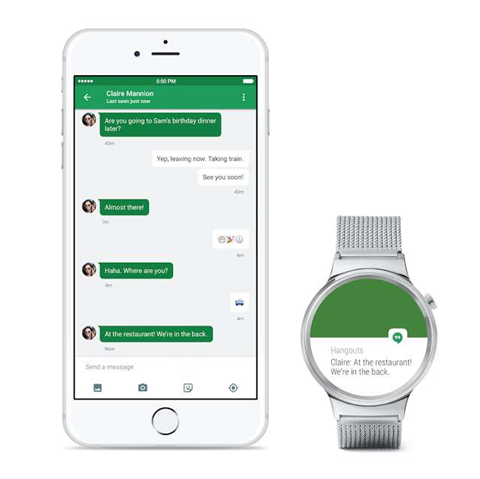 Android Wear is compatible with iOS version 8.2 and higher, meaning it will work on Apple's iPhone 5 and newer model smartphones.

The move places Google and its manufacturing partners in direct competition with Apple, which started selling its native Watch device for iOS last year.

Currently only LG's US$459 Watch Urbane smartwach is supported by the companion app, but Google said support for all future Android Wear watches - from manufacturers including Huawei, Asus and Motorola - will come soon.