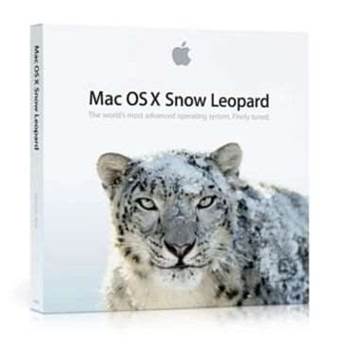 Research firm NPD Group said that early sales of the operating system were ahead of its two predecessors, OS X Leopard and Tiger. According to the company Snow Leopard is selling at roughly twice the speed of Leopard and four times that of Tiger.

Apple released Snow Leopard at the end of August as a partial upgrade. While Tiger users will pay full cost for the update, owners of Leopard only pay AU$39 for the new operating system.

Analysts suggested that the lowered price may be helping to push users to update their machines and keep sales figures high.

"Even though some considered Snow Leopard to be less feature-focused than the releases of Leopard or Tiger, the ease of upgrading to Snow Leopard and the affordable pricing made it a win-win for Apple computer owners, thus helping to push sales to record numbers" said NPD vice president for industry analysis Stephen Baker.

Since then, the Os has shown little sign of slowing. Analysts noted that though Snow Leopard sales dipped 25 percent after its first week, the drop was far lower than Leopard and Tiger, which both saw drop-offs of roughly 60 per cent.

Baker noted that the quick start for Snow Leopard could set the bar for success for Microsoft's upcoming Windows 7 release.

"As we head into the fall selling season, and the release of another major OS upgrade, it will be instructive to see if that upgrade, currently projected to sell at ASPs much higher than Snow Leopard, can deliver the same incremental increase in consumer demand that Snow Leopard has enjoyed," the analyst said.

Got a news tip for our journalists? Share it with us anonymously here.
Copyright ©v3.co.uk
Tags:
leopardoperatingossalessnowsoftwaretiger