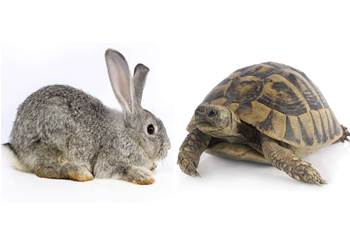 The IT acquisition cycle of Australia's Defence force came under scrutiny in Canberra this week when military personnel met with the industry to discuss networking technology.

At the Network Centric Warfare (NCW) conference, representatives from Cisco, Nortel, Mitre and the Australian and U.S. military spoke about technologies that securely delivered video, voice and other data over IP (Internet Protocol).

While it was important to carefully consider their purchases, defence organisations needed to be better at adapting and responding to new technologies, he said.

"We will win on the battlefield only by fielding game-changing technology," said Ryan, who is a retired U.S. Air Force colonel.

"If you took seven years to design [a new communications device], you're going to end up with a brick phone," he said. "That might be okay for the [1955 bomber] B-52 but it certainly is not okay for IT."

Cisco has 400 staff in its Global Government Solutions Group, and works closely with systems integrators to develop defence technologies. In Australia, the company also hosts monthly discussion sessions with Government representatives and annual conferences to showcase its technology.

Tony Lindsay, Chief of the intelligence surveillance and reconnaissance division of the Australian Defence Science and Technology Organisation (DSTO) agreed that defence organisations tended to have a conservative, incremental approach to technology procurement. But he argued that effectively using newly acquired technology was a more pressing issue than the technology in itself.

"Putting new technology in a force is not modernising a force," he said, adding that technology had to be made fit-for-purpose.

"The technology isn't an issue," he said. "The issue is assembling that data so that one person can handle the deluge that's out there."

As military groups moved from traditional radio communications to IP, organisations were challenged to manage more data than ever before.

Lindsay suggested that defence organisations take a more active role in implementing new technologies, to insure effective integration into its systems and processes.

He highlighted a need for improved automated processes so that operators were presented with "information, not data".

"The Government has to take responsibility for managing the integration of technology it acquires," he said.

According to Army Lieutenant General David Hurley, vice chief of the Defence Force, Australia aimed not to be a "blind follower", but an informed participant in the NCW debate.

"Our slowness has not prevented us from experiencing network centric warfare," he said, noting that Defence was on track to meet milestones in its 2009 implementation plan.

"A pragmatic, solutions-oriented approach has allowed us to avoid being seduced by fanciful predictions," he said.