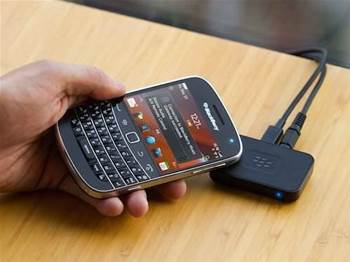 It’s been a long-standing strategy of payments giant PayPal to label NFC “not for commerce”.

When Apple released the iPhone 4 and then 5 without near field communications technology, many argued Apple agreed with that mantra.

Now MasterCard has become the latest corporation to hedge its bets on NFC, with the card scheme supplementing its PayPass NFC solution with a virtual wallet that will allow consumers to pay for things in store without the need for an NFC chip on their phone.

Card companies like MasterCard and Visa have been arguing for a long time that their main competitor is cash. If they can encourage more people to use branded debit and credit cards for small payments, they stand to gain significantly.

Cash is anonymous, and anonymity is something PayPal, MasterCard and Visa all have reason to fear.

MasterCard’s foray into wallet services includes a bunch of “value-added services”, which it says include real-time alerts, loyalty programs, offers and experiences. All of these rely heavily on customer data, and mobile payments have the added benefit of location-based information.

PayPal’s Here service, which allows consumers to pay for things by checking in at a particular store, is all about helping retailers develop a greater understanding of the purchase history of their customers.

In Australia, mobile payments deployments from banks have focused heavily on iPhone — ANZ with GoMoney, and Commonwealth Bank with Kaching, which both later extended to Android devices. Neither has managed to make these work with NFC, at least not on a large scale.

ANZ, which is currently undertaking an NFC payments pilot with staff, is conspicuously absent from the list of banks MasterCard has said will trial the MasterPass service.

The road to payments nirvana is littered with dozens of failed co-branded NFC payment trials that relied too heavily on consumers choosing one type of phone and one payment brand.

Google learnt this the hard way with Verizon blocking Google Wallet from its NFC-enabled Android handsets in the US.

Samsung this week announced Visa’s NFC functionality would be built into all future Samsung smartphones, but it’s yet another case of two brands hoping they will have enough clout to move the market towards NFC.

The scanning of QR Codes by smartphones is the latest NFC-bridge banks are focusing their sights on, but this option could go the same way as NFC cases, stickers and dongles, none of which have gained traction.

Meanwhile, those that are keen to bypass banks and card schemes and their pesky thirst for data have been busy building mobile apps for decentralised digital currency Bitcoin.

Bitcoin may not deliver as much anonymity as cash, but in a world where banks, card schemes, social networks and retailers are increasingly finding ways to connect data on consumers, it’s likely to keep chipping away at traditional banking.