An odd couple or a perfect match? 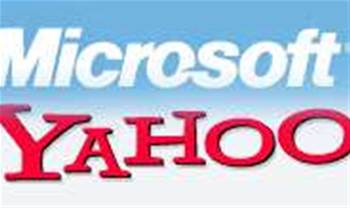 Industry experts have voiced a wide range of opinions on the potential acquisition of web search and online marketing firm Yahoo by Microsoft.

The Redmond-based software giant made a US$44.6 billion bid that was rejected by Yahoo’s board of directors, and speculation persists that another company will make a rival offer.

While some believe an acquisition would be fraught with potential pitfalls, most experts seem to agree that Yahoo would give Microsoft the technology it needs to compete better in the search and online marketing space, where Google remains the dominant player.

Some suggested that Yahoo technology could help Microsoft achieve its goal of delivering more of its software as an on-demand service. Forrester analyst Rob Koplowitz argued in a blog posting that Yahoo’s efficient datacentres could be something of a hidden gem.

“If you want to make money in cloud-based computing, you need to be able to run efficiently and drive down datacentre costs,” Koplowitz wrote. “Microsoft is in the process of building out multiple massive datacentres, but the additional capacity and expertise that Yahoo brings to the table will be welcome assets in developing a long-term software-plus-services strategy.”

Online advertising is another area in which Microsoft could benefit greatly from Yahoo’s footprint in the market. James Scott, managing director of online marketing firm ChannelAdvisorUK, pointed out that Microsoft’s AdCentre has lagged behind Yahoo and Google’s Search Marketing and AdWords ad-serving platforms.

“Acquiring Yahoo would not only bolster the number of advertisers actively using a Microsoft-owned paid search solution, the expanded delivery network of self-produced and partner sites would increase the visibility and therefore viability of a competitive product to Google,” Scott said. “Microsoft would also take control of popular Yahoo-owned online shopping venues such as Kelkoo, Europe’s largest comparison shopping engine, further enhancing Microsoft’s visibility in the online retail sector.”

But Neil Morgan of online analytics provider Omniture argued that the proposed acquisition could be bad for marketers, as it would reduce choice in the search marketing space.

“Microsoft is trying to put its arms around all digital channels and obviously it [seems] anti-competitive but there doesn’t seem to be much that can be done about it,” he added.

Morgan also argued that a possible Microsoft-Yahoo tie-up in this space would not be able to challenge Google’s position. “What will challenge Google’s dominance is another shift in user behaviour so that people use another metaphor for finding content on the web,” he said. “It’s already happening with social networks ­five years ago everyone used the browser, then in the last five years it has been Google, but increasingly in the future the default desktop will be a social network site.”
Got a news tip for our journalists? Share it with us anonymously here.
itweek.co.uk @ 2010 Incisive Media
Tags:
aancouplematchoddorperfectstrategy