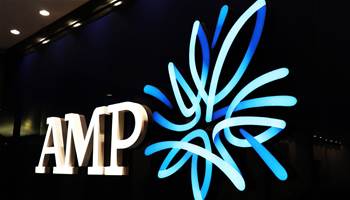 To sharpen digital and data focus.

AMP has created a new chief technology officer role as part of a reshuffle of its executive leadership team.

The financial services firm announced the new role, which it is in the process of recruiting, ahead of the planned demerger of its private markets assests management division.

The CTO will join the executive committee and report to AMP CEO Alexis George, who was elevated to the top spot in August.

AMP said the decision "reflects the critical role digital, data and technology will play in [its] future service and operating model".

George said the CTO would fast-track AMP's digital and data strategy, which "will underpin our future service offerings, improve outcomes for our customers and drive agility and efficiency through the business".

The new role comes just weeks after George told iTnews that AMP planned to "elevate the role of technology in our executive team.

George said there was a need for the company to "become more agile into the future", and that in order to do so "we have to use technology better".

Other changes annouced on Friday will see AMP Bank’s managing director Sean O’Malley elevated to the executive committee as a group executive.

O’Malley stepped into the managing director role earlier this year having served in a variety of senior positions since 2013, including leading technology and operations for AMP Bank.

George said the changes to AMP’s executive structure will help the business continue to “drive our growth agenda in banking and wealth.”

“I’m delighted to have leaders of Sean and Rebecca’s calibre joining the leadership team and playing key roles in accelerating the rebuild of AMP,” she said.