AMP adds trust to data flowing into its cloudy lake 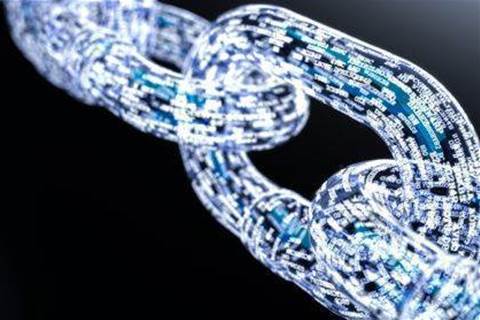 AMP has placed renewed emphasis on improving trust in its data as it faces “unprecedented” scrutiny and new requirements from lawmakers and regulators alike.

However, the data quality drive is expected to have a much broader impact, touching up to 130 “critical datasets”, the head of the information management centre of excellence within AMP’s technology and operations unit, Karen Halligan said.

“We’re living in an unprecedented phase of scrutiny by our regulators at the moment,” Halligan said.

“It really is extraordinary the level of regulation [and with] the new laws that are coming out, the need to have trust in our data is exponentially growing.”

AMP runs “over 50” of what it calls PASs, or product administration systems. These all run on-prem and - in the case of insurance - are the repository for core data like claims, policies and claims payments.

AMP - like other insurers - uses reinsurance, a process by which insurance companies limit their own risk exposure by transferring portions of that risk to other parties.

But, as Halligan notes, “when you do reinsurance, the reinsurers want to know a lot of information about your policies, claims and claims payments.”

To have that data ready to provide to a reinsurer, AMP relied on “five different product systems and more than 50 critical data elements that needed to be pulled together”.

To simplify that process, AMP has set up a data lake in AWS and is using Talend tools to bring data in from the source PASs and to transform it to conform with information policies - essentially to improve trust in the data.

The policies establish - among other things - who owns the data as well as complete data lineage, which makes it possible to trace data from a report right back to its origin.

“Lineage is really important for our business users to understand … the business impact of data quality issues,” Halligan said.

She also noted that the Australian Prudential Regulation Authority’s (APRA’s) CPG 235 data risk guidance meant that “having full lineage from source systems to the reports is just mandatory now”.

Halligan said that AMP had established lineage so far for “three critical data sets - policies, claims, and claims payments - in our insurance business”.

“But in a diverse business like we’ve got, we think we’ve got about 130 critical datasets that we would like to have that same level of lineage reconciliation and data quality dashboards,” she said.

“It is a large task. We’ve been able to work with our architecture community … so all new projects going forward will consider their [data lineage] requirements.

“But the retrofit of that across our legacy is something we’ll tackle separately and we may have to take a pragmatic approach there of what we do and don’t do.”

If business users uncovered a data issue when they traced it back to its source system, they could “log into one of the PASs and fix the data if that’s what’s required.”

The reinsurance use case is now live, processing 10 billion rows of data “in under an hour” each day.

“We have critical reports that give the business confidence in the data that’s going through to the reinsurer,” Halligan said.

“We have quality dashboards that allow them to monitor and manage the quality [of data] not just going to reinsurance but generally within their business.

“At the end of the day we’ve been able to give our insurance business confidence in the data they’re getting from the data lake.”

While the project was initially just for reinsurance, AMP is predicting broader use.

“We actually have built it in such a way that it can be extended and used for any data requirements that insurance will have over claims, claims payments and insurance policy,” Halligan said.