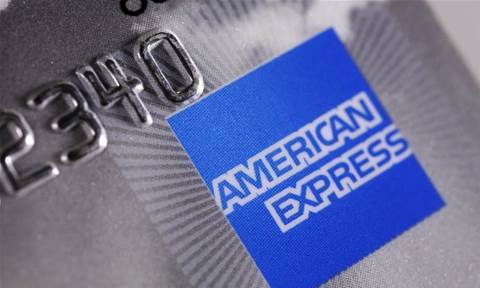 It’s betting large it can entice finance departments to stay with, or return to, the centurion by offering a swag of enhanced services that can deliver far more strictly provisioned products in minutes rather than days.

The core offer of the new solution is the ability for financial controllers and bosses to instantly ship a virtual card with pre-set controls, spend limits and validity time limits to Apple Pay, Google Pay and Samsung Pay devices and mobile wallets – and just as quickly nuke them.

Most card schemes already have some sort of virtual card product in market, or the capability to achieve similar functionality; this said arch rivals Mastercard and Visa primarily issue their products through bank partnerships, essentially leaving the big sell to institutions.

So why the fuss?

Amex’s big bet is that being able to provision customers quickly and conveniently independent to corporate transaction banking accounts on an ‘as-a-service’ basis will tip the scales in its favour.

Notably, the new product is pitched at the medium to large business segment – most likely because Amex already has a margin heavy foothold in the small business sector by virtue of owners slapping as much as they can on the centurion.

That’s because SMB owners already reap generous loyalty points when they push through business related expenses like flights and accommodation, a premium that’s ultimately extracted from supplier in the form of merchant fees.

Strictly speaking, SMBs should be using a corporate or business card; but try standing between a start-up owner and a family business class upgrade on points for a +15 hour flight and see how far you get.

That syndrome hasn’t been helped by a recent interchange fee reset that cruelled fat margins for banks who issue Mastercard and Visa corporate products.

The same move also prompted the deletion of so-called ‘companion cards’ issued to consumers by Amex like those that feature a bank, an airline and the centurion.

So what’s in it for the CIO?

What business customers really get from the new Amex virtualised product is the luxury of contesting bank-offered expenses products against a range of primarily digital payments controls out of the box.

The main issue many corporates face is that while the likes of Visa and Mastercard spruik similar capabilities, they still ship through banks because so-called four-party schemes pass through credit risk to issuers.

In other words, because Amex carries the risk, it can offer a ‘here and now’ product as opposed to a customer trying to cajole a bank into upgrading corporate functionality or cutting them a better deal.

“Every aspect of payments is facing ongoing innovation – who, how, when, where, and even why we pay is changing,” Cook said.

“For businesses, this means that solutions to enable and manage payments have to advance at the same pace. American Express Go is at the forefront of payment technology as we recognise that virtual payments is today’s new reality for businesses.”

That said, for tech savvy CFOs in cahoots with CIOs and digital there’s still some important usability and integration factors at play.

The biggest is that even though provisioning is digital and can be fired up, approved and parameters set via the desktop you still have to go through Amex’s portal to do this – as opposed to PeopleSoft, SAP, Oracle Financials or whatever ERP/HRMS an enterprise uses.

So it’s another online app that needs to pass security muster, a biggy for corporates nailing down outgoing payments.

Coming to a gig near you

Where the rubber will really hit the road is for project staff, alpha contractors and contingent workers who need to be able to quickly book-up expenses.

Think pulling together a scrum in a share space; extending hotel rooms when crucial job runs over; booking an overnight storage cage for conference crap when the flight gets delayed or an AWS instance. If convenience is king, Amex has a throne to flog 24/7 with insurance thrown in.

Take this overtly privateer pitch for the new product.

“The launch of American Express Go comes at a time when workforces are becoming more mobile, more independent and less structured. In 2018, for the first time, less than half of all employed Australians are in permanent full-time jobs - reflecting the growth of the ‘gig economy’ and the changing nature of work,” Amex says.

Expect to see their bunting at a hired premium share space hot desk near you soon. And don’t forget to ask about the loyalty upgrade.