AMD vs Intel - How Shanghai shapes up 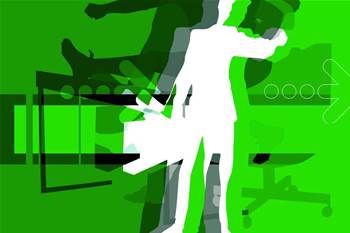 A couple of days ago we were alerted to what we were told was a Shanghai SAP score for an eight-socket machine, which looked to come in a full 30 per cent lower than the highest score, which incidentally seemed to be Intel’s Dunington.

Just from looking at the numbers, AMD’s Shanghai scores 7010 and Intel’s Dunnington gets 9200. Hmmm…we’ll let our readers decide who alerted us to the results. We were assured this was an oranges vs oranges comparison, demonstrating that AMD’s Shanghai was being utterly trounced by Penryn on most benchmarks, and suggesting that the upcoming Nehalem would go even further and virtually obliterate it.

All well and good, except, there’s a lot more to it than that. For starters, it’s not really a raw power end-game being played. Power consumption is also an important factor to be taken into consideration, because when most chips are deployed, they often only really run at somewhere between 12 and 20 per cent of their capacity. Secondly, what the SAP benchmark shows is an IBM database vs others, not chip to chip.

Or in other words, a Shanghai system with 32 cores running Oracle is being compared to a Dunnington processor with 48 cores with IBM DB2.

As AMD’s Phil Hughes put it to us, “This would be like trying to equate the scores from two different gaming performance benchmarks.”

This brings us to another problem, because AMD is basically claiming that its ACP rating is equivalent to Intel's TDP rating.

There’s been a fair amount of controversy over this, and plenty of evidence that comparing the two is problematic.

Based on that evidence, it would appear AMD’s ACP rating goes some way to overstate the energy efficiency of its processors.

But that’s not to say AMD isn’t making strides in the right direction, and strides which Intel would probably not be keen to point out, such as AMD’s lead in SPECweb, SPECjbb, SPECfp, and virtualisation. So, SAP, SPECint and SPECpower are only really half the story.

Then, of course, there’s the debate over SPECpower, namely why the Intel chips appear to score so much better at the moment, and whether AMD submitted hostile results to come up with the worst possible score for Intel.

From where we sit, though they do appear a little unwieldy, AMD’s comparisons don’t necessarily seem unfair or inaccurate, they simply seem to boil down to RAM choices.

What probably can be said is that, by taking the rather mediocre score it submitted for Intel, and comparing it to Shanghai on all sorts of PR bumf it’s passing around, AMD is being a bit sneaky. But hey, that's what PR (on both sides) is all about.

Anyone who actually cares to go and examine the scores properly will see that there are certain problems with the numbers, arising from the fact that the server-side Java programmes (SSJ operations per second) - the heart of SPECpower benchmark - are not optimised properly. This is because FBDIMM systems perform slightly better than DDR2 unbuffered systems, yet this one scores worse.

Another factor to take into account is that Intel has been steadily moving away from FBDIMMs since last year and Nehalem will be exclusively non-FBDIMM on the two-socket platform.

So, as far as power consumption goes, and bearing in mind that it isn’t the be-all and end-all, Intel’s 2.66GHz server does seem to peak at 161 watts on a Java load while AMD’s 2.7GHz Shanghai peaks at 264 watts while only performing a bit better. So Intel does appear to take the crown when it comes to a performance per watt comparison on unbuffered memory systems. Nehalem, therefore, will probably only make things worse for AMD.

Of course, all that doesn’t take away from the fact that Shanghai is still a major milestone for AMD, taking the firm into 45nm territory at long last and launching on time, something which goes a long way toward helping us forget about the bungling of Barcelona.
Got a news tip for our journalists? Share it with us anonymously here.
theinquirer.net (c) 2010 Incisive Media
Tags:
amdhardwarehowintelshanghaishapesupvs