Ambulance Victoria's next CIO will need to reinvigorate agency's IT 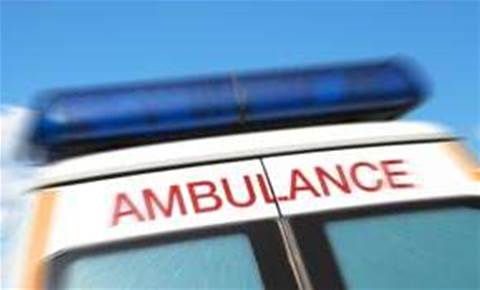 Victoria’s ambulance service is hoping a new chief information officer and IT strategy, coupled with roughly 1000 new mobile devices, will help it in its bid to get its IT shop in order.

Ambulance Victoria has put out feelers to the executive market for an IT chief to lead its geographically dispersed IT services.

The move appears to be a response to the departure last year of CIO Cameron Crampton after seven years of service.

Crampton’s replacement will need to ensure the ongoing operations of some of the most critical communications and IT infrastructure in the state, which service some 230 ambulance stations across Victoria.

The new CIO will also need to steer the agency through the implementation of a reinvigorated IT strategy.

The ambulance service's most recent ICT strategy expired at the end of 2014. It is currently seeking the help of a team of consultants to draft a new plan that will address the agency’s technology headaches, including a nebulous and ageing application footprint, complex IT architecture and a proliferation of shadow IT.

The new strategy will lay the foundations for Ambulance Victoria’s technology direction out to 2020, and will be informed by a review of the existing IT architecture and governance approach.

However, it has decided to push ahead with a mobility drive in the meantime, asking the market for a minimum of 1000 Windows tablets or other mobile devices to allow paramedics to consult electronic patient care records from the field.

The service said the new machines would replace an “ageing fleet” currently in use, and must run Windows in order to work with the VACIS software used to access the patient portal.

It is is looking to equip every state ambulance with at least one device.