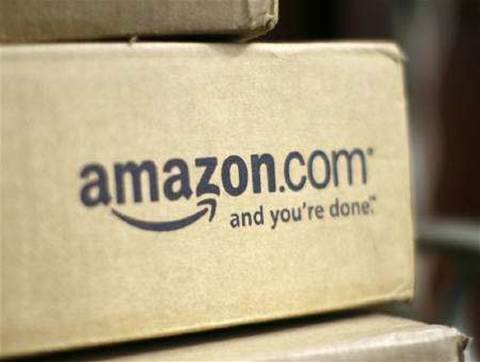 Sporting a back-lit 7-inch screen -- smaller than the iPad's and about the same as Research in Motion's PlayBook -- the device is geared toward playing music and movies off the Internet, the tech blog reported.

TechCrunch, which said it had played with a testing prototype, reported that the plan was for Amazon to offer Amazon Prime -- its $US79-a-year Internet streaming service -- for free along with the gadget. It did not cite any sources.

The Internet retailer's first entry in the tablet computing arena -- its Kindle functions more like an electronic-book reader -- has been touted as a strong contender to Apple, whose cheapest tablet goes for $US499.

Motorola and Samsung have only chipped away at Apple's commanding three-quarter share of the market, while Hewlett Packard threw in the towel by announcing it will kill off its TouchPad after a final production run.

This week, Sony leapt into the field with its own poorly reviewed device.

Analysts have been upbeat on Amazon's gadget, particularly if it beats the iPad on price. It may sell as many as 5 million tablets in the fourth quarter, becoming the top rival to Apple, Forrester Research estimates.

Apple sells between 7 to 9 million tablets a quarter.

The upcoming tablet, running an operating system developed from an older version of Google's Android software, will be Wi-Fi only and come with a colour touchscreen but a limited 6GB of memory, according to the blog.

TechCrunch said that was because the device is geared toward playing content off the cloud or Internet, rather than the gadget itself. The tablet's main screen features a carousel that spins between a book-reader, a music player, movie player and other applications.

A 10-inch version may arrive 2012 if the 7-inch device sells well, the blog added without citing a source.