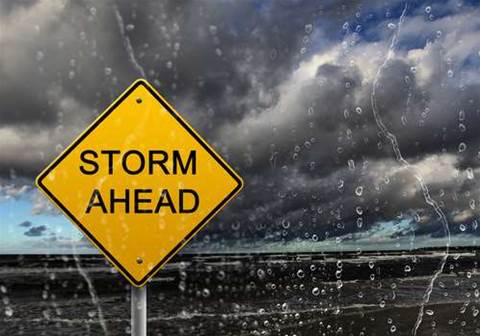 Cloud service and data centre operators in the path of Hurricane Sandy have enacted disaster programs as the storm pounds the east coast of the United States.

Amazon Web Services' US-East-1 facility in Northern Virginia is being closely monitored by the firm and its customers, though it was reporting no availability issues.

"We are monitoring Hurricane Sandy and making all possible preparations (e.g. generator fuel, food/water, flashlights, radios, extra staff) in our US East Region," the company said on its service status page.

"Our infrastructure teams are following our storm response plan that we have developed and utilised during major storms over a multi-year period."

Several tweets indicated the storm would pass near US-East-1 at 3am EDT today (6pm Sydney time).

Rackspace was on standby with its two Northern Virginia data centres - IAD1 in Herndon and IAD2 in Ashburn.

"Northern Virginia is inside the projected forecast cone for the storm, but is not expected to get hit directly," the firm noted in a blog post.

On-site staff had access to "prepared emergency overnight kits that include inflatable mattresses, blankets, towels and a hygiene kit", as well as military ready-to-eat meals.

It did not expect availability issues or the need to shift customer workloads from the east coast, but indicated that "customers are able to do that if they wish."

Cloud storage provider Nirvanix said it would allow customers to shift data from its Node 4 data centre in New Jersey to other facilities in the company's network as a precaution, though it noted no specific storm-related issues.

Equinix told the Wall Street Journal that it had emergency supplies and plans ready for its facilities "near Washington, New York, Philadelphia and Buffalo, NY".

Software and services firm SunGard indicated it was "on high alert", and had activated its "hurricane preparedness process and business continuity plans".

It said all data centre facilities in the path of the storm had been secured and that a skeleton staff was being looked after onsite.

Hosting.com warned its customers that its Newark DE data centre is "in the eye of the storm's path", though it noted no issues at the time of publication.

Telcos have also prepared for the storm's aftermath.

Verizon said its wireline and wireless business units had replacement poles, fibre optic and copper cabling, portable cell sites and mobile emergency generators "staged in and around the mid-Atlantic and Northeast regions".

Sprint also had emergency response teams and equipment ready to deal with damage to its infrastructure.

At the time of publication, the New York Times reported widespread power outages and cars floating down Wall Street as the storm made landfall.

Update 11.38am AEST: There are several unconfirmed reports of data centre outages in the Bronx and of a facility that hosted several media websites, such as Gawker and Gizmodo.

12.01pm AEST: Photos shared via Twitter show that the Manhattan skyline has gone dark due to power failures.