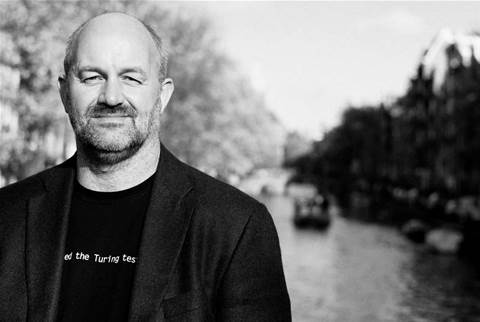 Amazon Web Services has focused on business development at whirlwind customer events in Australia, relegating talk of a future data centre presence to a background issue.

Chief technology officer Werner Vogels said that while the company was "listening" to customers' requests for an Australian infrastructure presence, it was far more interested in attracting more business first.

"We see a very healthy ecosystem in the younger businesses in Australia," he told iTnews, pointing particularly to Melbourne which, unlike Sydney, he thought had a greater "creative space".

"What quite a few of the young businesses talked about was the overall funding landscape in Australia is not as strong as it is in the US.

"For them services like Amazon are way more important than they may be in the US because access to capital is constrained here."

Although Amazon has continued to build a local sales presence, many of the smaller business in Australia had come to Amazon's cloud services without a sales push from local representatives, Vogels said.

The balance had come as a surprise to Vogels but meant the company had to refocus on educating existing customers to use some of the redundancy features of the cloud infrastructure, such as migrating across multiple availability zones in a given geographical region.

Vogels' trip coincided with reports that Amazon planned to set up a Sydney facility early next year. The company provided no new information or assurances.

Much of Vogels' presentation to Sydney industry and customers was focused on using the cloud for a production environment.

The company hoped to contest the notion that public cloud infrastructure was only suitable for test and development.

"I think it's across the board that you hear those stories," Vogels said. "That's just a myth."

One recent customer, REA Group, had opted for Amazon EC2 as a test and development environment for its mobile and website products behind realestate.com.au and other domain holdings, while building its own private cloud formed over three data centres in Australia and Europe for its production environment.

Vogels pointed to Amazon Web Services recently being certified by both Oracle and SAP certification for production use of the companies' relative applications.

"Most businesses and most CIOs know the reality," he said. "If someone asks me about it, I will explain what the reality is."

Recent outages at multiple availability zones in Amazon's east coast US geographical region in April this year had led the company to conduct an extensive post-mortem and begin changing some processes to prevent a recurrence.

Following a public account of the mishap, Vogels said the company had ensured availability zones did not rely on a single instance of Amazon's EBS database cluster to prevent similar failures.

Vogels said the company had also focused on educating customers to begin using multiple availability zones within a geographical region for redundancy, an issue the company found many large-end customers had not done prior to the outage.