Amazon in Australia: The industry impact 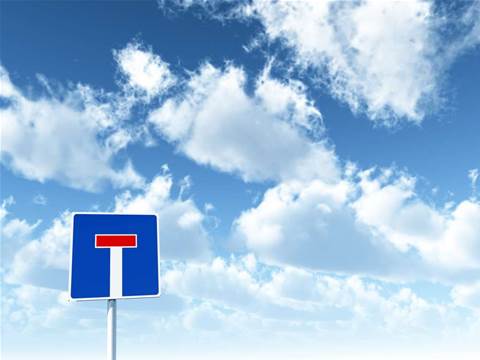 How AWS changes the game.

The arrival of Amazon Web Services in Australia is a watershed moment for the local IT industry – just about every player in the game stands to make millions, save millions or lose millions.

For many Australian organisations, the shift to the public cloud came well before AWS Sydney officially opened. Commonwealth Bank CIO Michael Harte told the excited crowd at Amazon’s heavily oversubscribed “customer appreciation day” at the Westin Hotel last month that he had cut costs by 40 percent by moving a dozen applications to Amazon.

That speech – and several similar – will give a lot of confidence to those that had sat on the fence.

It makes for an unsettling Christmas and New Year for the operators of local hosting services – just how much will the landing of Amazon and imminent arrival of Rackspace have on their fortunes? Do they stick to their dedicated hosting products, imitate their foreign rivals or simply become resellers of the cloud solutions stealing their business? Today iTnews investigates.

Hitting the hosts where it hurts

Amazon Web Services (AWS) is more than just another hosting company. Its scale, geographic reach and range of products — provided at highly competitive prices — are compelling for non-critical applications.

Try this for scale. As of Q1 2012, AWS’ storage service (S3) contained one trillion objects. It operates over 20 data centres around the world and each day adds the same amount of server capacity it once required to power the entire Amazon website in 2003.

That US$5.2 billion upstart is now worth US$48.2 billion and employs 70,000. And while Amazon.com doesn’t break out figures for Amazon Web Services, recent estimates put its share of revenue at US$1 billion.

Amazon.com uses economies of scale ruthlessly to drive down prices and make it harder for new cloud market entrants to compete. In the past six years the company has reduced prices 23 times. And as AWS’ feature set rapidly expands, solutions architects have designed ways to make the commodity service reliable enough for more than the brochure-ware sites.

Just last week, the largest news website in Australia, NineMSN, predicted it would slash IT costs from $5 million a year to “sub $1 million” by moving applications — including its flagship content management system — from Australian hosting company Hostworks to cloud services run my Microsoft Azure and Amazon.

While some production systems will remain with Hostworks, NineMSN expected to migrate most applications to Amazon and Microsoft’s cloud hosting platform Azure over the next 18 to 24 months, pending the maturity of both services.

The news company isn’t yet willing to bet entirely on public cloud – “it’s a long project and there are lots of twists and turns,” a spokesperson told iTnews, but it’s a bet they are willing to take on.

Melbourne City Council has meanwhile moved its internal servers for major events to the Amazon cloud, while retail promotions group RedBalloon has also shifted in 17 servers from BlueFire into AWS.

Many of the biggest names in Australian hosting are putting up a fight, of sorts. No-one dares to take on Amazon head-on on price. Instead, local players are reframing discussions around business outcomes backed by comprehensive SLAs and other higher value services.

“We haven’t seen Amazon impacting (our business) so far,” Mullen says. “We’re hearing a fair bit of talk, and customers will often provide pricing comparisons, but we don’t unbundle. At the end of the day what they are buying is our solution. If we chose to ditch our infrastructure (and use Amazon) we wouldn’t be able to offer anywhere near the same SLA that we offer our customers.”

Hostworks is beta testing the second iteration of its own elastic compute service with more granular controls over provisioning and configuration than the first service, which hosted SBS’ 2010 World Cup web site.

Mullen says that over time, he actually expects NineMSN to buy more services from Hostworks.

“We continue to expand our range of services with NineMSN and don’t expect NineMSN to be leaving us as a customer,” Mullen says. “At the same time I wouldn’t expect any customer to do 100 percent with us.”

SLAs are emerging as a line in the sand. Hostworks and Macquarie Telecom both offer SLAs tied to business outcomes while Amazon’s technical SLAs relate only to the availability of services. In other words, Amazon only refunds a portion of the hosting fee, rather than the consequences of lost availability to a business.

“The SLAs attached to AWS will not have CIOs sleeping easily at night,” says Matt Oostveen, head of research at analyst firm IDC. “If you have an outage of your workload in AWS then the SLA is typically designed to refund you the $2.70 for the time the system is down rather than the cost to your business.”

As such, organisations will tier their applications and workloads and only send non-critical applications to the AWS cloud, he said.

“Many of the SLAs you see out there are written in a way that either defines out a lot of downtime as maintenance or are written so a vendor never has to pay out.

“More importantly though, what matters most is demonstrated performance, and ours has been strong. We provide a Service Health Dashboard that shows the current operational status of each of our services in real-time, so that our uptime and performance are fully transparent.”

Beat 'em or join 'em? How Australia's hosting industry has responded to the AWS threat...