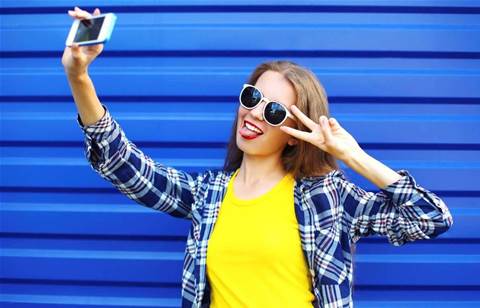 Snap a pic or video to prove you're you.

Online retail giant Amazon has filed a patent application for a mobile payments technology that would allow users to authenticate themselves via a photo or video.

The patent Amazon is applying for would work in conjunction with another patent the company already holds for technology enabling a device to authenticate an individual through photo or video.

The latest application would specify the use of the technology in a transaction in place of a password or PIN code.

"The device verifies that the image information corresponds to a living human using one or more human-verification processes."

According to Amazon, the entry of passwords can be "awkward or embarrassing" in situations where individuals need to pay for something in front of friends or co-workers, especially on a small device where a number of attempts to enter the password may be required.

Individuals can circumvent this by allowing a program to save the password details, Amazon said, but this can prove risky should the device be stolen.

Paying by photo authentication would allow the shopper to prove their identity while avoiding the risk of password theft, the company said.

Amazon would require the individual to "perform certain actions, motions, or gestures, such as to smile, blink, or tilt his or her head" to ensure an imposter is not simply displaying a photo of the individual linked to the account.

After a 12 month trial of facial and voice recognition as well as fingerprint matching, MasterCard said it would soon bring "selfie pay" to 14 countries.

As with Amazon's proposed service, MasterCard customers will need to blink to prove a photograph is not being held in front of their device's camera.