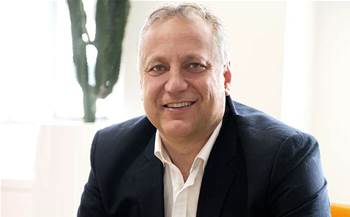 Deal worth $4 million will be completed in late August.

The agreement sees Amaysim pick up AusBBS proprietary IT systems, with the low-cost MVNO citing the “scalable and feature-rich platform” for ADSL and NBN provisioning and subscriber management as an influencing factor in the deal.

Amaysim revealed it plans to launch its own fixed-line products later this year, following the conclusion of the deal.

Under the takeover agreement, Amaysim will acquire all the shares in AusBBS’ holding company Australian Broadband Services, paying $1 million in cash and $1.5 million in shares upon the expected completion of the deal in late August.

Half of the shares in AusBBS will be held in escrow for six months, to be purchased with shares one year after the completion of the deal, subject to the successful integration of its proprietary IT platform into Amaysim’s systems.

There are also additional incentives attached to the deal around subscriber growth and profitability, with total cash and share payments to management capped at $5.45 million.

Amaysim said it hopes its fixed-line offering will lure consumers looking to churn their retail service provider as a result of the NBN rollout, while also cross-selling home broadband products to its existing mobile subscriber base.

“AusBBS stood out for us due to its unique mix of scalable and proven technology and a passionate team, who will now join Amaysim to grow this business with us,” Amaysim CEO Julian Ogrin said in a statement.

Since then, it has added a range of products including DSL broadband, non-NBN fibre connections, and fibre-to-the basement reselling services from a range of companies including Vocus, TPG, and Service Element.

The takeover deal is the latest in a wave of consolidation in the Australian telecommunications market. It follows Vocus’ agreement to buy Nextgen Networks in an $861 million deal late last month.

In January, Amaysim agreed to spend $70 million to buy fellow MVNO Vaya and its customer base of roughly 140,000 low cost subscribers.