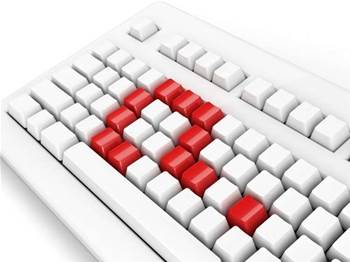 Altech Computers has filed suit against the creator of one of its business software systems in the Federal Court, alleging the developer wrongly licensed the program to other resellers, disclosed trade secrets and inserted malicious code that caused major system crashes.

The computer hardware maker alleged that Andrew Shelomanov and his company Montez refused to hand over the source code of software that Altech commissioned him to make and update.

It was alleged that Shelomanov was provided access to Altech trade secrets including price and cost structures and supplier details to allow him to make updates to the BMS software system used by Altech.

Altech claimed Shelomanov disclosed the secrets to Dropship and Megabuy, companies he was also alleged to have licensed the BMS software to without permission.

Altech was seeking damages and costs from Montez.

In March 1997, Shelomanov was engaged to develop the BMS software "for the sole and exclusive use of the Altech business", according to a statement of claim filed with the Federal Court.

It was an "implied term of the BMS software agreement that the company who operates the Altech business from time to time would own the copyright", the claim stated.

"In the alternative, it was an implied term... that the owner of the Altech business would have an exclusive and irrevocable license to use BMS software".

It was alleged Shelomanov entered a verbal agreement in 2001 to continue developing the software.

From 30 June 2003, Shelomanov was employed by Altech or one of its subsidiaries "continuously" until June 2010.

The first agreement was oral; two subsequent employment contracts were in writing.

Altech alleged that for the entire period of employment, Shelomanov's responsibilities included developing and designing the BMS software for the exclusive use of Altech.

One of the terms of employment was allegedly that Shelomanov would hand over source code for the BMS software developed prior to 2003.

Shelomanov allegedly failed to turn over the source code.

He and Montez were also claimed to have "made representations in trade and commerce to consumers" that they owned the copyright to the software.

It was also claimed that the two licensed the BMS software "to third parties, including but not limited to Dropship Pty Ltd and Megabuy Pty Ltd" on that basis.

And it was also claimed that Shelomanov and Montez disclosed Altech trade secrets used in the development and updating of the software when the software was licensed.

It was also claimed that Shelomanov "installed on the server of the Altech business a version of the BMS software that contains malicious code", causing major outages for the company.

The first crash occurred at Altech's New Zealand offices on July 13 this year, allegedly putting the company offline for 4.5 hours.

It was alleged the outages were caused by the injection of the malicious code.

The case was relisted for directions on November 18, 2010.

Got a news tip for our journalists? Share it with us anonymously here.
Copyright © CRN Australia. All rights reserved.
Tags:
altechbmscomputershardwarelicensemegabuyresellerssecuritysoftware