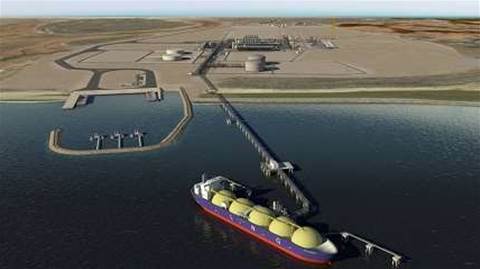 The networking firm won the work through Bechtel, which handled front-end engineering and design for the foundation phase of the project.

Alcatel-Lucent will provide structured cabling, microwave, satellite and VHF marine radio equipment for the land-based portions of the project, such as the areas to house Wheatstone's operational workforce.

Those technologies will provide everything from broadband and TV services to workers, to IP telephony and emergency broadcast notifications.

"The systems will enhance operations and support the safety and security of the 4650-person workforce during the construction and operation of the plant, and provide leisure facilities for employees living on the site," the vendor said in a statement.

A spokesman for Alcatel-Lucent in Australia said the win validated a two-year-old local strategy to pursue more work in the oil and gas markets.

The win at Wheatstone is the largest of its type to be secured by Alcatel-Lucent worldwide.

The land-based portions of Wheatstone had been earmarked for terrestrial telecommunications infrastructure upgrades; however, it was previously not clear how much of this had been funded as part of a final investment decision (FID) made late last year.

A subsea fibre optic loop scoped for the offshore portion of Wheatstone did not receive funds under the FID.