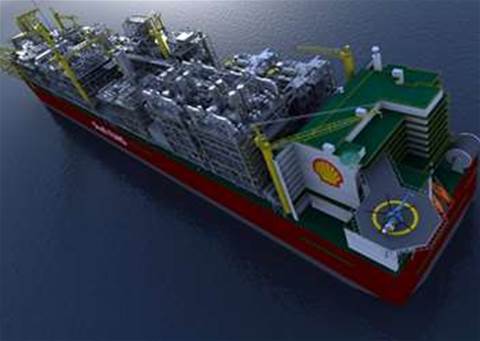 Alcatel-Lucent will provide communications and entertainment systems for a $12 billion floating liquefied natural gas facility to be anchored off the coast of Western Australia.

The contract is a major coup for the French communications giant, which is fast building its credentials in Australia's oil and gas sectors, having already won a substantial portion of work on Chevron Australia's Wheatstone LNG project.

Under the latest deal, Alcatel is to provide trunk and marine radio communications, local and wide area networks and VoIP systems for the floating Shell Australia facility.

In addition, it will supply "much needed entertainment and communications services for crew living on board the facility for long periods of time, to allow them to connect with friends and family onshore", Alcatel said in a statement.

"This critical project represents a great opportunity to demonstrate to the oil and gas industry our expertise in integrating high-performance, reliable communications systems that perform essential operational activities as well as ensuring the safety of the workforce and the environment," Alcatel-Lucent's Asia Pacific president Rajeev Singh-Molares said.

The floating LNG facility will allow the production, liquefaction, storage and transfer of LNG at sea — instead of piping the gas back to an onshore plant for processing and shipment.

When complete, the facility is expected by Shell to be "the largest floating structure ever built", coming in at 488 metres long by 74 metres wide, and weighing "around 600,000 tonnes".

It will be moored over the Prelude oil field, about 200 kilometres off the coast of north-west Western Australia.

The facility is being constructed by a consortium called TSC, which is made up of French engineering giant Technip and South Korean shipbuilding firm Samsung Heavy Industries.

Such floating technology will allow operators to tap so-called 'stranded gas' resources, which are considered too remote to be processed using facilities located on the mainland.

Shell made a financial investment decision on Prelude in May 2011. Capital costs are expected to be around $11.8 billion.