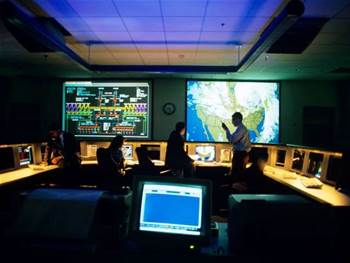 Al Qaeda cyber-terrorists have announced they will launch an “electronic jihad” against online Western interests later this month, according to an Israeli news website.

DEBKAfile, a Jerusalem-based website known for its coverage of Middle Eastern military and intelligence issues, reported Tuesday that al Qaeda cyber-attackers will target Western, Jewish and Israeli websites, as well as those of Muslims who do not fall in line with the terrorist group's fundamentalist viewpoint, beginning Nov. 11.

The website alleged that the attacks were planned in retaliation for American intelligence agents crashing extremist websites.

DEBKAfile has in the past reportedly published wildly inaccurate stories, such as a 2003 account detailing the day Iraqi dictator Saddam Hussein would use weapons of mass destruction against American forces. However, Paul Henry, vice president of technology evangelism at Secure Computing, told SCMagazineUS.com on Wednesday that organisations should take the report seriously.

“There are people claiming that the software was has been written by a Saudi national and we don't know how many people have downloaded it,” said Henry, who provided a screenshot of the application. “Today an attack using the tool is limited to only a DDoS attack. It is not difficult to repel a basic DDoS attack, but if enough users participate, it will fill your pipe.”

Secure Computing representatives said they were notified of the threat by a U.S. Secret Service agent. However, an agency spokeswoman said Wednesday that the Secret Service did not release an official advisory or bulletin.

Experts have previously warned that al Qaeda would use cyberterrorism. A December 2006 advisory from the federal government warned that the terrorist group could attack financial websites in retaliation for the treatment of prisoners at Guantanamo Bay naval base in Cuba, but the threat was largely shaken off by cybersecurity experts.

Amit Yoran, chief executive officer of NetWitness, a network monitoring vendor, and former director of the U.S. Department of Homeland Security's National Cyber Security Division, told SCMagazineUS.com on Wednesday that the federal government is constantly monitoring the activity of extremist elements on the web.

“The more information the government has at its disposal, the better. You have to look at each piece of information and evaluate the credibility and authenticity,” he said. “Clearly the internet is an asymmetrical theater of operations for anyone who might want to do us harm – and there's a large number of those people.”

See original article on SC Magazine US
Got a news tip for our journalists? Share it with us anonymously here.
Copyright © SC Magazine, US edition
Tags:
al qaedacyber attackcyberjihad septembersecurity