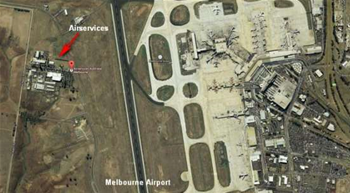 Under OneSky, the Department of Defence and Airservices Australia will combine their individual air traffic systems - which are approaching end of life and no longer fit for purpose - into one civil and military platform.

The $600 million project is expected to be based on Thales' TopSky-ATC platform after the contractor was handed a deal for advanced work in March.

But to house the range of communications equipment required for the new platform, Airservices will need to build new rooms at its air traffic service centres in Melbourne and Brisbane - its current facilities cannot service both the new and old systems, which will need to run in parallel for four years.

"The existing equipment rooms are nearing the end of their design life," Airservices told the public works committee.

"Construction technology, architectural design and security technology has evolved significantly since [the current TAAATS system was implemented in] 1998 and this project intends to utilise the latest data centre design and technology to house the OneSKY equipment for the next 25 years."

The existing equipment rooms do not have sufficient power, cooling, floor space and availability to accommodate both OneSKY and TAAATS, the organisation said.

Nor do they have the required floor load rating to accommodate the OneSky equipment - the new kit requires a minimum floor loading of 1224 kg/m2.

The facilities must have an availability of 99.9997 percent calculated annually, and will be designed to achieve a NABERS whole facility data centre rating of five stars.

"These facilities must meet stringent reliability and security requirements in order to adequately support air traffic control in more than 11 percent of the world’s airspace, 24 hours a day, and seven days a week," the air body wrote.

Airservices opted against either refurbishing existing facilities or outsourcing the infrastructure to a third-party.

It said refurbishing had a high risk of interruption to the existing air traffic management services caused by construction, while also making it more difficult to meet modern industry standards for data centres.

Outsourcing was similarly ruled out due to the risk of interruption should the rooms be located outside of Airservices facilities, specifically in relation to delayed transmission of real-time data to controllers.

It is proposing appointing a specialised contractor to build the two new computer rooms, which it says will be constructed to the ANSI/TIA-942:2005 international standards for data centres.

The new facilities are forecast to be complete by late next year to allow for testing and compliance of the new OneSky equipment before the rollout starts in 2018.

The Melbourne facility is expected to cost $16.8 million while the Brisbane facility has been forecast to cost $18.6 million.

The public works committee will conduct hearings on the proposal in August.