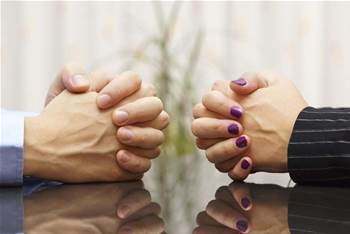 The Government earlier this year revealed its intention to tear apart the Office of the Australian Information Commissioner and redistribute its functions in order to save a projected $10.6 million a year.

Under the plan, Privacy Commissioner Timothy Pilgrim and his staff will be moved into the AHRC.

But in a senate committee hearing today, the Human Rights Commission voiced its strong unease with the plan.

“We knew very little about this before the budget line was published,” president Gillian Triggs said. “I think we had a few hours’ notice before we received the actual legislative amendment, but it might have already been a fait accompli by the time that happened.”

Triggs described the proposed merger as “unwieldy” and “simply unworkable”, and made it very clear that the privacy group would be an unwelcome addition to the AHRC’s responsibilities in the form the Government is proposing.

She repeated concerns that the Privacy Commissioner’s status as an independent entity within the AHRC would be compromised by its accountability to her as the agency's president.

Attorney-General George Brandis and his advisers had promised to consider Triggs’ suggestions to ensure the separation between the functions by writing it into the legislative amendment, she said, but ultimately decided not to go ahead with her request.

Triggs also said she was afraid that the arms-length functioning of the privacy group would force other areas of the organisation to carry the burden of any future budget cuts, because she would not have the power to apply efficiency measures to it.

“If this bill is passed we will have a bubble in the middle of the AHRC…that is immune to all the other pressures being applied on the AHRC to rationalise its work," she said.

“It will detract from the already depleted budget of the AHRC.”

She argued that the reduced funding amount the Government had allocated to the privacy group following its move into the AHRC would have "inevitable impacts in staffing and the level of work that the privacy commissioner can carry out".

However Privacy Commissioner Timothy Pilgrim - who took to refering to himself as "the boy in the bubble" in response to Trigg's testimony - told the same committee that he had a different understanding about how financial matters would pan out under the proposed model.

He said Triggs would have full discretion over how funds are spent while he would be left with total responsibility for the Privacy Act "without any of the control over the allocation of funding to allocate those functions".