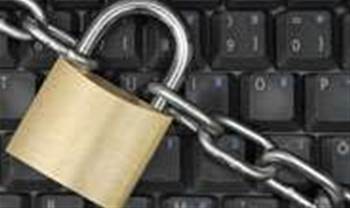 The Federal Government has set strict new criteria for the securing of desktop PC’s in use by the agencies under its control.

The Government's Common Operating Environment (COE) aims to dramatically reduce the variety of desktop hardware and software images used by information workers within its agencies, which as of June 2010 came in at 186.

The Australian Government Information Management Office (AGIMO) expects a COE will save the Government by enabling coordinated procurement and shared services initiatives.

But judging from the policies marked ‘mandatory’ on AGIMO’s document, the main thrust of the COE effort is the securing of Government data.

Among the mandatory recommendations, applications on the system must be centrally managed rather than giving users local control.

"This prevents users from executing arbitrary or malicious software and bypassing any whitelisting capability if implemented.”

All systems also have to be configured to enable logging for auditing purposes. Inadequate logging was highlighted late last year as a major flaw in a series of audits of government financial applications.

Similarly, the COE policy mandates antivirus programs and firewalls that are delivered centrally without the user being given an opportunity to turn features off or be prompted for permission to scan files.

USB and optical drives have oft been blamed for security breaches – among the most famous the theft of 250,000 US Government diplomatic cables leaked to WikiLeaks.

The policy discourages the storing of data on hard drives or removable media and encourages its use “in accordance with security classifications”, whilst administrators have been asked to never publish the address of network drive paths.

The standards also ask that agencies weigh IT security above energy saving considerations – leaving PC’s on overnight for automated and centralised patching rather than attempting to conserve power.

The document insists that agencies deploy “common off-the-shelf” desktop operating systems, which could prove a barrier to those organisations that wish to deploy cheaper open source alternatives released by smaller distributions.

Microsoft would also be pleased that the policy supports Redmond's Open XML (OOXML) format as opposed to industry alternatives, although the document does state that this should not come at the exclusion of other file formats.

The policy also supports email clients that work in offline mode, which will prove challenging to some software-as-a-service vendors.

All network equipment supporting the desktop environment must support the IPv6 protocol, whilst systems are required to support the MP4 and DVD video formats plus the MP3 audio format.

The policy was agnostic in terms of whether desktops were delivered via fat or thin client/virtualised machines.

It will come into force whenever an agency next upgrades its desktop or laptop operating systems (even if it is just a service pack upgrade).

Agencies can apply to opt-out of the policy for three years under specific guidelines.

AGIMO said it would update the policy every 12 months.

"The guidelines are really [about] locking down the systems to minimise user changes which do open up systems to security vulnerability and reliability problems," Noonan said.

"[They] will improve reliability, security and cost of maintenance on systems. And the other unforeseen impact is they are likely to put pressure on IT organisations in government departments to make sure the standard configurations they deliver are more user friendly.

"In the past, if people disagreed or were unhappy with features of their systems they could simply get around it and go their own way.

Noonan also said the standardisation push would "close off some loopholes or backdoors" that enabled vendors to skirt whole of government panels.

And he did not believe the policy presented any roadblocks for agencies adopting smaller operating systems, as long as they were bought from approved vendors.

"In principle other operating systems are possible as long as they are on a standard panel. But if there is no standard way of supporting them or buying them then they cannot be part of the COE," Noonan said.