Agile: Not for the faint of heart 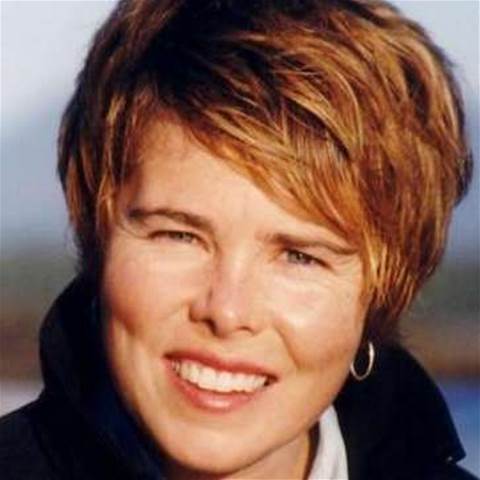 Expect a fight from operations, finance and HR.

At first glance, agile software development might sound like something only relevant to the coders sitting in the corner, but those that have got it right tend to have only enjoyed success after wrestling with just about every decision maker in the company.

Such was the experience of Claudia Lajeunesse, head of platform solutions at FIIG Securities, who spent close to six years implementing agile at superannuation firm Sunsuper.

Agile, for those new to the concept, addresses the gap between software development and the broader business through daily interaction and the breaking up of development work into smaller pieces that can be delivered iteratively by self-managed teams.

The methodology has taken hold at many of Australia’s most progressive IT shops – including Allianz, Bankwest, Commonwealth Bank, Fairfax, REA, Suncorp, Telstra and Vodafone – all of whom spoke to iTnews for Agile Week.

“It was an amazing fight! And that fight brought business benefit to the superannuation customer and the business that supports them.”

Lajeunesse found she needed to involve everyone from senior execs through to HR and outsourced partners to bring it all together.

“You cannot underestimate the cultural impact. If I sit back and reflect on our agile journey, I spent a lot of time with the executive team explaining what benefit that was to them and letting the [dev] team get on with it,” she said.

Lajeunesse advised that gaining executive buy-in for agile might require giving them enough information to realise the benefit, but not so much detail that they are paralysed by anxiety.

“Internally in the team we might have been talking about two week delivery cycles, but we tailored that terminology when we went out and engaged with the business. As soon as you talk about DevOps and Kanban, people tend to get panicked," she said.

“You almost have to take in a political mindset.  I’m not talking about communicating in a deceptive way, but if your stakeholders want to talk to you using PMO terminology, you can say, sure, we can do that. You can tailor the conversation so that you are accountable for outcomes, [but] how much do you really have to articulate how you’ve got there? "

The right mix of skills

One of the more recent and unsettling agile concepts is DevOps, which sees traditional IT operations roles either displaced by automation or blended into the software development teams to bring testing and other quality controls to the front of the development process.

DevOps is a radical change for all parties involved. Developers are asked to be more accountable for the quality of their code. Testers are asked to write test cases prior to the code being written, rather than being employed for regressive testing after the application is considered production-ready.

Database administrators (DBAs) tend to become embedded in dev teams and are asked to take on adjacent skills, and some IT operations functions disappear altogether.

The DevOps worker of the future will thus need to boast a far broader skillset, not to mention the ability to embrace change and work well in small teams.

“You have to move from a reactive ops role to a strategic, future-thinking ops role,” said Lajeunesse. “Not everyone is comfortable with that.”

Lajeunesse found that bringing DBAs and infrastructure staff into software delivery was a “big culture change”. She had to deal with the angst of infrastructure specialists asked to broaden their horizon while defending the higher short-term cost of employing a larger team to finance executives.

“Right away when we brought in agile, project costs were up 60 percent because you had a lot more resources on the project,” she said. “But the operating costs when we went into production dropped by 40 percent because there were no bugs.”

On the skills front, Sunsuper maintained a core centre of excellence in each of the operations disciplines to ensure ops staff could still anticipate multiple paths for career development.

The move to DevOps presents an opportunity, Lajeunesse said, to consider the skill sets your organisation might want in the future rather than what has made sense in the past.

“You have to question, over time, what is a business analyst in an agile team? What is a test analyst? What is a product owner?”

Lajeunesse said technology leaders shouldn’t neglect to look within the business for staff “outside the IT fence”, some of which might nonetheless have good operations knowledge or a strong technical bent that might make sense to bring within an agile team.

“If they are hungry for change, hungry to learn, get them into the agile team as a business analyst, and teach them the skills they need around testing,” Lajeunesse advised. “In an agile team those responsibilities blur.”

Every effort should be made to show staff stuck in siloed roles that there are opportunities for learning adjacent skills and future-proofing their career, she said. This will only work, of course, when the staff member wants to change.

“Innately as humans we have a fear of change, that’s why we are so comfortable with rituals,” she said.

“We need to figure out smarter ways to get people to want to improve. There are people that might be a great technical fit in the organisation today that don’t fit the future organisation, and we have to be comfortable with helping them move on.”

The prospect of staff turnover requires yet another relationship with human resources. Lajeunesse went the whole mile to get them on board.

“We invited HR into the scrums,” she said. “I said I wanted them to come and see how we worked so that when they are helping me recruit and do the initial screening, they know what happens daily. I needed HR to have physical knowledge of actually standing with us.”

HR enjoyed the process so much that when managers from non-IT areas of the business faced challenges, HR began recommending the use of daily stand-ups.

“Next thing you know the whole company is doing daily stand ups,” Lajenueusse said. “It was phenomenal - it only required getting them to participate and giving them a voice.

“Today, when you go out there on the floor, and you feel the energy and see the walls, you sit there and think: this is worth it. This is awesome. These people are passionate.”

Claudia Lajeunesse was one of nine software delivery leaders that participated in a roundtable on DevOps and Continuous Delivery, hosted by iTnews for Agile Week. Stay tuned for more agile stories over the coming days. A big thanks to our sponsor IBM Rational Software for this opportunity.