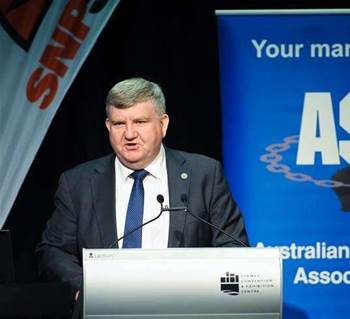 Business priorities should win out during disasters.

The Attorney-General's Department has urged security managers to be vigilant but not "sticklers" to business continuity plans in an effort to improve the resilience of the private sector.

Speaking at the Security 2011 conference in Sydney today, Mike Rothery of the department's National Security Resilience Policy division said security officers should entrench themselves in multiple operations of the business when facing a disaster.

"You can have a dozen business continuity plans but they will not be as effective as communicating the values of the business to employees - that will get you over the line every time, even with no plan," Rothery said.

"But you don't need to be a stickler, a hardman. There is a culture out there that security officers need to be policemen but instead you need to work with management and with the priorities of the business."

He noted, however, that plans were important -- and the sooner they were formulated, the stronger and cheaper they cost to implement.

He said security could be negotiated into contracts often at no cost if done early.

Tenancy agreements, hiring, and technology were within the purview of security officers, he said, adding that networks built with competitors, vendors and government were also important to security and resilence.

"If you are building a new premises or moving to rent, then talk to the architect, the real estate agents and negotiate security into contracts.

"You need the HR manager to be your best mate. They are the ones to push your security plans, to ensure misconduct checks, and adequate profiling."