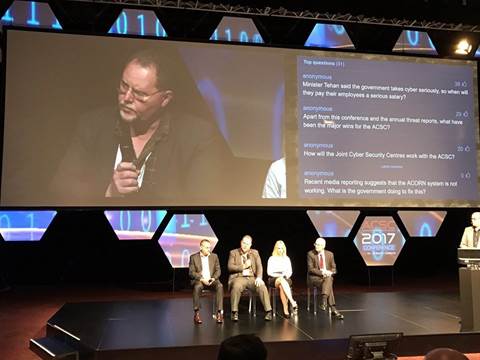 The Australian Federal Police has indicated that it has made headway in its criminal investigation into the perpetrators of the distributed denial of service attack that downed last year’s online Census.

The AFP was called in by the Australian Bureau of Statistics, alongside CERT Australia and the Australian Signals Directorate, on the night of August 9 when the Census fell over.

The electronic survey was initially taken out by a series of DDoS attacks, while subsequent behind-the-scenes failures between the ABS and its IT outsourcing partner IBM kept the form offline for the following several days.

At the Australian Cyber Security Centre 2017 conference today, the AFP’s manager of cybercrime operations David McLean said the force’s investigation into who was behind the DDoS attacks was still very much ongoing.

While he said it would be “inappropriate” to speculate where the investigation would lead, he indicated the force had made significant progress tracking down the culprit.

“We’ve had some very recent interesting developments deep within that,” McLean said.

“And we’ll see that through to its eventual conclusion, whatever that is.”

At the same conference, the Australian Criminal Intelligence Commission's (ACIC) manager of cybercrime intelligence Charlotte Wood defended the government’s online reporting tool for cybercrime against criticism of its effectiveness.

The Australian Cybercrime Online Reporting Network (ACORN) was stood up in 2014 to give the public a way to easily report cybercrime online, and to help law enforcement and security agencies keep track of cybercrime trends.

But use of the service has been lacklustre, with ACORN managing agency ACIC admitting it suspects cybercrime remains hugely underreported.

Compounding its problems, some of those submitting to the online tool have claimed that their cases were never followed up by police.

In its last annual report [pdf] before it was merged into ACIC, former ACORN managing agency CrimTrac revealed that 76 percent of the 41,300 reports to ACORN in 2015-16 were referred on to police.

Wood today told the ACSC2017 conference that a program of works to improve the system was currently underway.

She insisted the agency had made changes to ACORN as issues arose "along the way", and said ACIC was taking on board feedback from users as part of its formal 'ACORN Enhancements' improvement program.

However, she not specify exactly how ACIC was bettering the platform.

Late last month ACIC deputy CEO Nicole Rose told the ABC police and public users had asked for improvements to reporting, the underlying rules for referral, and how reports are managed.