AEC to get another 5500 ECL devices for polling places 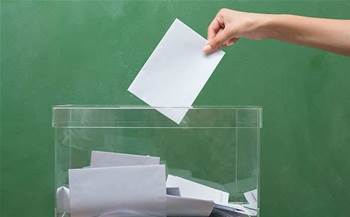 The Australian Electoral Commission will expand its use of electronic certified lists (ECL) at polling places after securing $24.4 million to further enhance the integrity of the voting process.

The new funding will be used to buy a further 5500 ECL devices for use at mobile booths, pre-poll booths and high volume poling locations on election day.

The devices, which have been used at the last three federal elections since 2013, allow polling officers to search and mark off the names of voters on a digital copy of the electoral roll in real-time.

Around 500 devices will be delivered before the next federal election – likely to be held in the second half of this year – with the remainder planned for the following election.

Taking the more than 4500 devices deployed at the last election into account, the funding means the AEC will have approximately 10,000 devices at its disposal by 2025 or 2026.

The funding will also be used to develop a new secure communications tool for officers in charge at polling places, which will be piloted at a number of locations at the next election.

Finance minister Simon Birmingham said the funding would allow the AEC to continue to “support the development of more efficient voting systems”.

“It will also help the AEC to streamline the voting experience by making it easier to find voters against the correct address, while also providing further safeguards to prevent voter fraud,” he said.

“It is another step in assisting the AEC to stay at the forefront of electoral technology, whilst also helping to make the voting process more efficient for Australians.”

Any ECL solution covering this many locations would require close to 60,000 ECL devices, as well as more than 17,000 printers.