AEC looks to ditch all paper lists on polling day 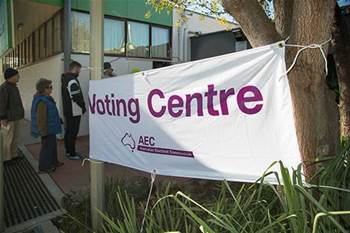 The days of polling officials using massive paper sheets to mark off names on election day could be numbered in Australia.

The Australian Electoral Commission has begun investigating the possibility of operating its electronic certified list (ECL) system at “100 percent of polling places” in the future.

It has issued a request for information to understand the cost of a polling place management solution, including hardware, to “facilitate the potential expansion of the ECL device fleet”.

The ECL system, which has been developed in-house, has been deployed at 16 electoral events, including the last three elections, since 2013.

It allows polling officials to “efficiently” search and mark off the names of voters on an electronic copy of the electoral roll using a laptop before handing out a ballot paper on election day.

The digital equivalent on the paper list also enhances the integrity of the voting process by ensuring that individuals don't game polling stations, and vote only once.

According to the agency’s latest annual report, more than 4500 ECLs and more than 2700 printers were deployed at the 2019 election - more than three times as many as in 2016.

But while ECL use has increased to around nine percent of all polling places, AEC has been reluctant to provide devices at every polling place until now due to the high cost of doing so.

“Due to the high cost of establishing an ECL fleet, ECL devices have only been used in priority polling places - pre-poll, mobile teams and select marquee static polling places,” it said.

The limited lead time for a federal election is also a barrier, with the agency often only given 100 days to prepare for polling day.

“In the current-state operating model only 10 percent of issuing points utilise ECL; as such the majority of voters have a fully paper-based voting experience,” documents state.

However, the AEC is now looking to find “innovative ideas and approaches to a deployment and device management solution of portable devices” at more than 7000 polling places.

It comes just weeks after it went looking for additional staff to join the agency’s next generation ECL project and election systems modernisation program teams.

The agency expects that any ECL solution covering 100 percent of polling locations would include 58,000 ECL device and polling place management device packs and 17,490 printers.

The successful provider would be required to source a “fit-for-purpose fleet” at “short notice” and store, repurpose or dispose of the equipment when it is no longer needed.

However, it would also be scalable, so that other electoral events that require less devices such as byelections can also be catered to.

“The variation in event types and fleet requirements makes it difficult to find a cost-effective way of acquiring, managing and disposing of devices and printers,” RFI documents state.

Other deployment options being considered by the agency range from a minimum of 16,700 devices, including 14,850 ECL devices with a printer, to 37,800 devices.

It has not given a timeframe for when it expects the solution will be introduced, though it likely to be after the next election in 2021 or 2022.

The solution provider would also need to “ensure all devices connect to AEC services via a secure network”.

Submission to the polling place management solution RFI will close on 27 July.