Advertisers could locate IP addresses to within 100m 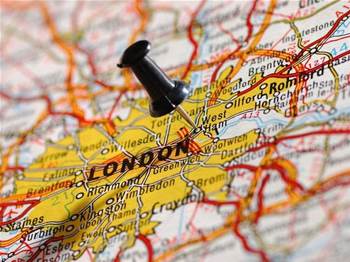 Advertisers and authorities could be able to locate a computer down to the postcode, without asking users for any data, according to a computer scientist.

Accurate tracking via IP addresses has been a holy grail for advertisers and publishers who want to deliver targeted content depending on location, but it has until now been woefully inaccurate.

Whereas current network analysts can track down an IP address to within a 25-50 mile radius, computer scientist Yong Wang has developed a method that he claims gets to within 690 metres on average - and as close as 100m.

“Our system can geolocate IP addresses 50 times more accurately than the best previous system, and achieves a median error distance of 690m,” Wang said in a report - Towards Street-Level Client-Independent IP Geolocation - drawn up with colleagues at Northwestern University in the US.

In the report, Wang explained that the method took three steps to uncover a user's location. Initially, Wang would ping a data packet to the address and convert transit time into a distance, which he said would give an accuracy of within 200km.

To fine tune the system, Wang repeated the process on a more local scale using servers within that footprint. Using “landmark servers” in the same area as a target computer, the researchers refined the search by examining the differences in delivery times between known addresses and the target computer.

The process was then repeated again, to deliver location to within 100m, the report said.

“Many entities businesses, universities and institutions host their web services locally and provide their actual geographical location on their websites,” Wang said. "The information provided in this way, when combined with network measurements, represents a precious geolocation resource."

Wang said his method did not rely on any input from users, which means advertisers would not need to ask consent first. Most accurate location systems are currently opt-in.

“A highly accurate client-independent geolocation system stands to be an important goal for the internet.”

Got a news tip for our journalists? Share it with us anonymously here.
Copyright © Alphr, Dennis Publishing
Tags:
100maddressesadvertiserscouldiplocatesecuritytowithin