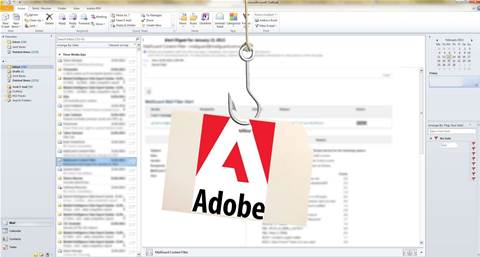 Zero day flaws in the latest versions of Adobe Reader and Acrobat are being exploited for phishing attacks.

The attacks against Reader drop two dll files designed to both distract and compromise victims.

"The first dll shows a fake error message and opens a decoy PDF document, which is usually common in targeted attacks," the researchers wrote in a blog.

"The second dll in turn drops the callback component, which talks to a remote domain."

The team reported the vulnerabilities to Adobe which confirmed the flaws.

"Adobe is aware of a report of a vulnerability in Adobe Reader and Acrobat XI (11.0.1) and earlier versions being exploited in the wild. We are currently investigating this report and assessing the risk to our customers. We will provide an update as soon as we have more information."

Those holes were also used in targeted phishing attacks.