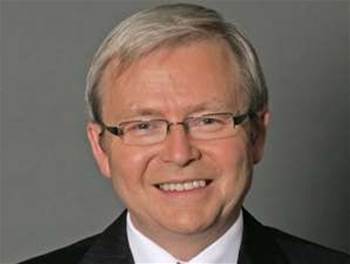 Opposition communications minister Nick Minchin has praised Senator Conroy for his “generous” remarks about ex-Telstra chief Sol Trujillo, saying they “set a far higher standard” than those by the Prime Minister.

Minchin made the comments after Trujillo was quoted in a BBC News interview accusing Kevin Rudd and other commentators of racism over their use of the word ‘adios' upon learning of his impending departure.

"The regular references, by a variety of commentators, to Trujillo's Mexican background during his tenure in Australia were quite rude and uncalled for," Minchin said.

"In contrast, Senator Conroy was much more generous about Mr Trujillo's contribution to Australia in his remarks at last week's ATUG conference and set a far higher standard than Mr Rudd's base remark."