ACTA: ISPs could be liable for trademark infringements 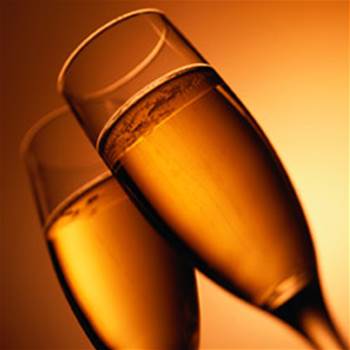 The controversial negotiations of the Anti Counterfeiting Trade Agreement
(ACTA) has taken a new turn with a leaked report which reveals parties have agreed to have a "technical" meeting to finalise a "legal scrub" of the ACTA text.

The Department of Foreign Affairs and Trade (DFAT) has confirmed Australia will be hosting a meeting of technical and legal experts to ensure the ACTA text follows appropriate treaty drafting conventions.

This "technical" meeting will be held in Sydney from November 30 to December 3.

The meeting is among several revelations from leaked papers, including a memo and attachments from the European Commission's Directorate-General for Trade, which highlights the concerns that divide the EU and US parties.

It also revealed what the two major parties are in agreement on. It appears that parties agreed to extend the scope of ACTA to intellectual property infringements beyond copyright and trademarks in several sections of the treaty - including the digital enforcement section.

Since the beginning of October, ISPs have been lulled into a false sense of security because 'third party liability' and references to "three strikes" text was dropped.

"It may suggest that some issues  - such as intermediary liability - we thought were off the table might be still on the table," Coroneos said.

At first glance, the leak suggests intermediaries such as ISPs and search engine portals may now be liable for trademark infringements by their account holders - unless there are clear exceptions such as the Safe Harbour provisions available under the Copyright Act regulations.

Professor Anna George, adjunct professor at Murdoch University and former DFAT negotiator on WTO TRIPS and the digital economy chapters of the US-Australia Free Trade Agreement, believed such a change would potentially be bad news for Australia's trade relations.

"It will be of great interest to the Australian Parliament, which will have to decide whether Australia should ratify ACTA," George said.

The EU's victory in getting its GIs enforced (Geographic Indications - that reflect the locale of the product such as Champagne wine and Parmesan cheese) under the guise of using the broad term of 'intellectual property', poses a new threat to Australia's innovative and rural industries that have developed extensive market share and brand recognition, she said.

Another area concerns the US push for "technical protection measures" - locks such as DRM (digital rights management) or other methods of restricting access to content or software.

"Reference to access control is highly sensitive," the memo noted.

The EU Trade Commissioner's memo noted that extending TPM into an enforcement treaty is inconsistent with current copyright laws elsewhere in the world. Australia's existing copyright laws, however, already support it.

"Any attempt to expand copyright to cover "use" would muddle the distinction between IP and conditional access," the leaked EU memo said. "The Commission cannot follow an approach where controlling access to services is mixed with the infringement of IP rights."

The Department of Foreign Affairs and Trade (DFAT) has also scheduled a series of briefing sessions on the published ACTA text in Canberra on November 12, Sydney on November 18 and Melbourne on November 24.