ACTA agreement to be released "shortly" 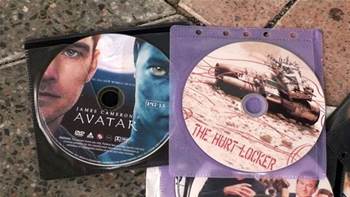 Officials involved in negotiating the international Anti-Counterfeiting Trade Agreement (ACTA) were expected to release a finalised proposal "shortly", according to a joint statement by all participants in the final round of negotiations.

Joining Australia in the final round of negotiations held in Japan late last month were Canada, the European Union, Japan, Korea, Mexico, Morocco, New Zealand, Singapore, Switzerland and the US.

The agreement would set in stone supposedly "state-of-the-art" provisions affecting civil, criminal and border enforcement measures aimed at curbing the "proliferation" of intellectual property piracy , according to the statement.

Provisions that would be enacted, however, were not disclosed.

The announcement suggested that parties had resolved key sticking points such as an acceptable exemption regime for internet service providers.

Participants "resolved nearly all substantive issues", paving the way for the proposed agreement, according to the statement.

"The participants agreed to work expeditiously to resolve the small number of outstanding issues that require further examination in capitals, with a view to finalising the text of the agreement as promptly as possible."

The message contrasted Europe's Trade Commissioner Karel De Gucht's comments in September that there had been a "considerable step back" over an agreement on a standard exemption regime for internet service providers.

It remained unclear whether the "three strikes" rule, reportedly struck off the agenda in September, would be included in the agreements lodged by participants.

While the negotiations had been conducted in secrecy, business leaders were invited for "informal meetings" with participating nations in Japan.

ACTA had attracted widespread criticism for the manner in which negotiations were held, with fears that the laws, hijacked by the film and pharmaceutical industries, could have a perverse effect on innovation.