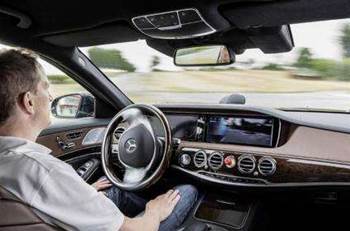 Canberra trials could be on the way.

The ACT’s Liberal opposition wants Canberra to compete for a slice of the burgeoning R&D market in driverless cars.

If his bill is endorsed by the Labor-dominated ACT Legislative Assembly, it would put the nation’s capital on a sensor-free collision course with South Australia, which has already conducted its first autonomous vehicle trial and is actively touting the driverless car industry's potential to fill the hole in its economy left by traditional car manufacturers.

Coe has based his exposure draft on similar laws passed in SA as well as the US and UK.

“Autonomous vehicles have the potential to provide many benefits including increasing safety on the roads and increasing social inclusion and fuel efficiency. This legislation will pave the way for the future.”

The proposed laws would allow the ACT Transport Minister to grant approval for a trial of driverless vehicles on ACT roads as long as an application meets some set-in-stone safety and insurance standards.

For example, any autonomous car taking part in a trial must have a licenced driver in the driver’s seat who is able to assume control of the vehicle at any moment, and the process for disengaging the autonomous system must be easy and immediate.

Trial vehicles will also need to be fitted with an indicator that shows whether the autonomous system is on or off, and an alert system for any technical failures.

The car must be set to stop if for any reason the driver cannot take control of the vehicle in an emergency situation.

“We are only a few years away from having commercially available autonomous vehicles," Coe said.

The ACT Legislative Assembly begins its 2016 sittings on 9 February.