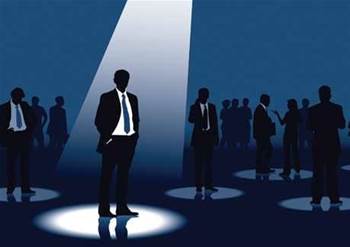 Patterson – who had a background in dentistry and the health sector before a slew of business roles – was most recently the head of the National Association Testing Authorities (NATA).

Announcing the appointment this afternoon, ACS President Anthony Wong said Patterson would be "charged with implementing the ACS strategic plan".

A leaked email sighted by iTnews indicated that Patterson was appointed after an "extensive, exhaustive and detailed search process" that included "integrity and values" profiling by a consultancy.

He would be visiting all ACS branches "over the next few months", and was due to be formally introduced at the branch chairs' meeting in Victoria on Thursday, the email revealed.

Patterson came to the ACS at a time when the society was attempting to reinvigorate its brand and "dated image".

He was also the third in a succession of CEOs to have attempted to front the society since February 2008.

His predecessor Lakin stepped down last month after spending less than 18 months in the role.

Lakin told iTnews at the time that "differences" between him, the president and some members of the management committee over the governance and strategy of the society had led to his decision to resign.

Before Lakin there was Kim Denham, who lasted 14 months. Two months after her departure, she filed a lawsuit against the society for alleged misleading or deceptive conduct.

Correction: This article previously stated that differences in opinion between Lakin and executives led to his resignation from the ACS last year. The differences were over governance and strategy of the society, and were with non-executives.