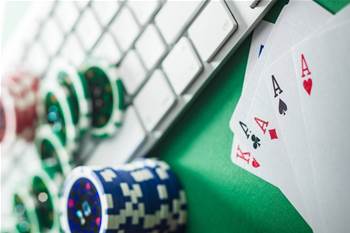 Internet services providers (ISPs) will soon have to start fielding requests from the Australian Communications and Media Authority (ACMA) to block illegal offshore gambling websites under a new scheme from the federal government.

Communications and Cyber Safety Minister Paul Fletcher on Monday announced the initiative following reports of Australians having difficulties withdrawing winnings or deposits from overseas gambling services, which are prohibited under the Interactive Gambling Act 2001.

The scheme will leverage ACMA’s powers under section 313(3) of The Telecommunications Act 1997, Fletcher said, due to the difficulties in exercising ACMA’s powers on overseas operators.

“While ACMA has a range of powers to protect Australians from illegal gambling services – including issuing formal warnings and seeking civil penalty orders – it can be difficult to take direct action against faceless companies with no legal presence on our shores,” Fletcher said.

Under the new scheme, ACMA will investigate suspect sites and refer those in breach of the Interactive Gambling Act to be blocked by ISPs where other enforcement actions aren’t feasible.

The ACMA also released on Monday a General Policies and Procedures guide to provide transparency on how it will exercise powers to have ISPs block relevant gambling sites, which includes consultation periods with ISPs before making requests for a site to be blocked that covers the means of blocking and ongoing costs.

Site disruption requests will expire after a specified time specified time, with ACMA to monitor access to the blocked sites to ensure the response remains appropriate and effective.

ACMA chair Nerida O’Loughlin said the authority has already been targeting illegal gambling services through monitoring campaigns and complaints received from the public, but it expects the list of suspect sites to grow as more investigations begin.

“The ability to have ISPs block illegal websites will be a valuable additional weapon in the ACMA’s arsenal in the fight against illegal online gambling,” she said.

“In many cases these sites refuse to pay significant winnings, or only a small portion. Customers had also experienced illegal operators continuing to withdraw funds from their bank account without authorisation.

“There is little to no recourse for consumers engaging with these unscrupulous operators.

“If you have funds deposited with an illegal gambling site, you should withdraw those funds now.”

O’Loughlin added that more than 65 illegal companies have pulled out of the Australian market since 2017 when the ACMA started enforcing new offshore gambling rules by working with the Department of Home Affairs and notifying regulators in the home countires of the sites.

“Public education is also crucial in deterring Australians from using these sites, given many illegal offshore gambling websites target Australians by using Australian themes and images, such as the Australian flag and native animals,” she said.

ACMA publishes a register of licensed interactive wagering services for consumers to make sure the services they use are legal in Australia.

Fletcher said the new scheme already has the support of the Communications Alliance as a means of contributing to a safer online gambling environment.

“Up to $400 million is spent annually by Australians on illegal gambling websites, accounting for around $100 million in lost tax revenue each year,” he added.