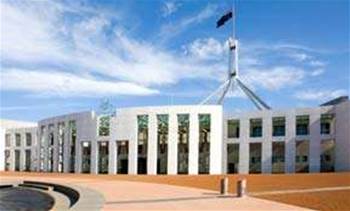 A review into the future of Australia's communications regulator ACMA has raised the possibility of breaking up the authority or imposing higher industry levies to fund the organisation.

Communications Minister Malcolm Turnbull first announced the review last month, with the Department of Communications to present a report on ACMA's future before the end of the year.

Options for fundamentally reshaping ACMA’s powers or governance structure have been canvassed in an issues paper released by Communications today as part of the review.

The review is examining ACMA’s current role, its efficiency in meeting its current goals, its performance against the standards set out in the regulator performance framework and its current sources of funding.

It will make recommendations about ACMA’s objectives going forward, how it should be structured, and appropriate funding sources for the organisation.

The distinction between the "traditional well-defined, vertically integrated segments of the telecommunications, broadcasting and online industries is breaking down", according to the issues paper.

It therefore raises the possibility of ACMA’s “economic regulation” functions being split out into a different agency.

Respondents are asked to consider whether “a sector-specific regulator should be responsible for all aspects of industry regulation including economic regulation”, or if “switching models [would] enable the regulator to strike the optimal balance between investment and consumer outcomes”.

“Generally, a fee can be charged that is based solely on the cost of providing a specific good, service or regulatory activity," the paper states.

"A levy, a form of a tax imposed on an identified group or industry sector, can be used for a specific activity relating to the group. The revenue raised should be closely related to the cost of delivering the activity."

Stakeholders are asked to discuss which “activities should be cost recovered from industry”, as well as whether “user charges administered by the ACMA [are] cost effective and efficient”.

The paper has also raised the possibility of a fundamental restructure of ACMA’s governance model.

Its status as a 'commission' means the authority itself is the principal decision maker. However the paper has canvassed changing this in favour of a 'governance board model'.

“This is where the board delegates most regulatory decision making functions to the chief executive officer and staff," the issues paper states.

“The board appoints the CEO, oversees the organisation and is responsible for strategic guidance and operational policy.”

Recommendations from the review will take into account changes in the market since 2005, the impact of new technologies, consumer concerns and international best practice for regulators, alongside submissions to the inquiry, which are open until August 10.