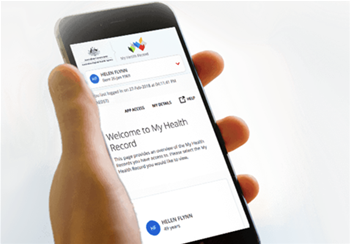 Accenture has been handed $11 million to further enhance the My Health Record system, bringing its long-standing national infrastructure operator (NIO) deal to $641 million.

The Australian Digital Health Agency revealed the nine-month contract with the tech giant earlier this month amid its massive national infrastructure modernisation program.

The new deal comes just two months after the AHDA extended Accenture’s decade-long umbrella deal until at least July 2022 at a cost of $42.7 million.

Accenture has held the NIO contract for the design, build and integration of the My Health Record system since 2011, when it was known as the personally controlled electronic health record (PCEHR).

A spokesperson told iTnews the contract signed this month – as well as one signed in December 2020 for $15 million – as relating to “enhancements to the My Health Record system”.

Further enhancements to the system come as Deloitte gets to work building the new health information gateway that will support the My Health Record.

The gateway, which will be used for exchanging and accessing health information, is considered the first stage of the ehealth record refresh, called the national infrastructure modernisation program.

A future stage will see the ADHA “re-host My Health Record data and server holdings to a new contemporary hosting platform”, according to the agency’s most recent corporate plan.

The ADHA has also recently revealed plans for its own mobile applications for Australians to access the My Health Record.

While the spokesperson said a deal was yet to be awarded, the agency this week went looking for a provider to complete a privacy impact assessment on the application.

The federal government set aside $301.8 million over the next two years in the 2021 budget to enhance the My Health Record system.